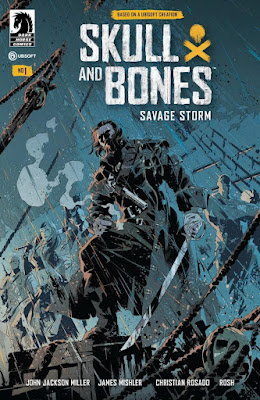 I worked with John on Scrye and Comics & Games Retailer magazines back in the day, but this is the first time I have ever collaborated with him on writing a comic book. It was an amazing experience learning under a Master of the craft, and this not-at-all-young Padawan discovered that writing for games and writing for comic books are two very different things.
I was brought in as a "world-wrangler," to bring together a story out of the amazing possibilities and huge world that Ubisoft has built for SKULL AND BONES. Founded upon historical themes, birthed in the myths and legends of the pirate era, the world of SKULL AND BONES is something all its own, fresh and new -- and yet hauntingly familiar.
The SKULL AND BONES game releases on November 8, with the comic book following on November 21. SAVAGE STORM is a three-issue miniseries that gives readers a glimpse into this world, its beauty, its horrors, and its possibilities. You can preorder the first issue from your local comic book shop using Diamond order code SEP220465.
Oh, and I can't forget the art. THE ART! Jodi can attest I shouted with joy at seeing the initial art for the first issue. Christian Rosada's work is AMAZING, and I cannot wait to see the finished product with colors by Roshan Kurichiyanil. And that cover by Pius Bak is just so classic!
Posted by James Mishler at 8:54 PM 2 comments:

A Tale of Three Worlds: Mystara, Mystoerth, and Mystaerth

Over the years I've used campaign material from the Known World and Mystara in various ways, adapting and adopting material here and there.
Twice I've made major adaptations, dropping the Known World and other elements of Mystara into other worlds wholesale, and vice-versa.
One of these efforts was Mystoerth, which combines Mystara and Greyhawk by dropping the Flanaess into the world of Mystara. Here is my Mystoerth map: 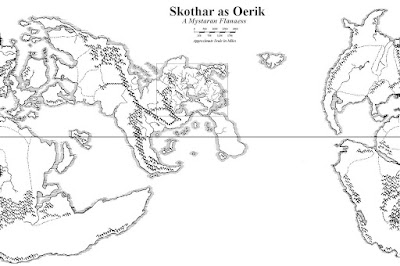 It is really great to see that others took and ran with the idea of Mystoerth, such as Tim Brannan on The Other Side Blog and his development of Mystoerth. Chatdemon's version of the map, which you can find at Tim's site, re-centered the map and added the parchment effect.
Another such effort was Mystaerth, which combined Mystara with the world of Aerth, the campaign setting from Gary Gygax's Dangerous Journeys: Mythus setting. Here is the map from that effort: 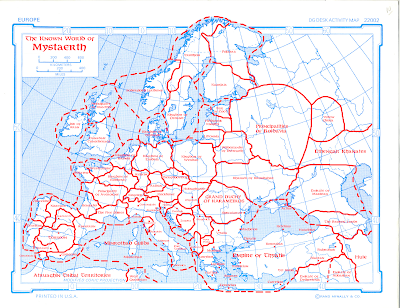 I really feel the need to return to Mystara soon. Just which Mystara, I'm not quite sure yet...
This post was inspired by Trey's posts on From the Sorcerer's Scroll about placing Karameikos and the other locations from Mystara in the Real World.
I should also note, inspired by Trey's post, I went and finally dug up a huge treasure trove of old Mystara files, some of them dating to 1994! Now to go through everything and see what passes the sniff test...
Posted by James Mishler at 4:38 PM 2 comments: 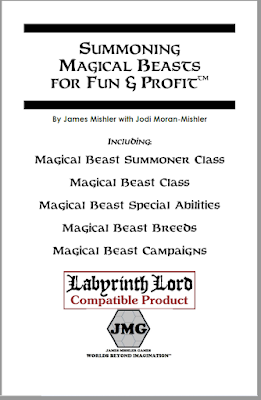 SESSION 02, MONDAY, AUGUST 15, 2022
Tuesday, April 3, 2001
The trio awaken to the smell of a lovely breakfast being cooked by their host. They freshen up and join Zsuska in the dining room. There they have a large Makai-style breakfast of toast with cheese and butter, spicy eggs, crispy bacon, spicy sausages, tomatoes, and green peppers.
They chat with Zsuska, who asks them various questions of minor personal sort, first Bobby, then Andrea (who is for once quiet and reserved and a little pink-cheeked). Then she starts discussing things with Ayame, and slowly Ayame realizes that she is not speaking with her mouth, but speaking to her with her mind… and Ayame answers the same way!
[N.B. Ayame has a high degree of Pokémon Psychic Empathy (Reading Emotions) and Pokémon Mind Reading which she has developed to a level of Pokémon Telepathy, such that at this point she can actually telepathically speak with Pokémon. She has worked on developing Human Psychic Empathy and Human Mind Reading, and has had some minor success, but never been able to communicate through Human Telepathy… until now.]
Ayame notices as they “speak” that time seems to have slowed down, such that they “speak” with each other at least 10 times faster than they could through normal verbal speech. Zsuska warns her that something is Not Right up at the Dojo – Donovan has never been this long away from the hamlet, and no one has been seeing going up or coming down from the Dojo. She warns her that “Nothing ever seems quite what it appears to be in Makai – especially not one’s friends.”
Their telepathic rapport is broken by the sound of a tea tray setting down on the table with a thud, brought from the kitchens by a Kadabra who wafted it hither using telekinesis. 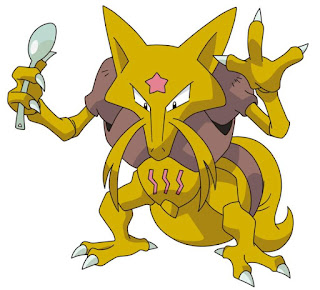 “Ah, excellent, the tea is ready,” Zsuska said, as she served the others. They drank quietly. The tea was excellent, a fruity variety with complementary herbs. The trio had not quite had anything like it.
After eating and drinking their fill, the trio and their Pokémon, Zsuska informed them that one of her Abras would guide them up into the mountains to the Dojo. While there were few side trails, she felt it would be safer if Abra went with them to guide them to the Dojo. She left them with a few words.
“And please, it has been too long since… we have seen Donovan. Please give him… our regards, and let him know that he will always be welcome in Monkshood.”
They thanked her, gathered their things, and with a wave farewell to Zsuska, went on their way to the Dojo.
They followed the trail through the northern farms and ranches, where they saw more real cattle, sheep, goats, pigs, and chickens than they had ever seen in their lives. Then they it the forested hill line and up, up, up they went. Sometimes the trail followed the river; other times when the river hit a falls or rapids it swerved off, back and forth, winding slowly up into the heights. Abra levitated before them, dancing and giggling as he went, happy to be out and about upon a trail.
The trip was quiet, for Andrea and Bobby. Ayame, however, got to know Abra pretty well, as she continued to hone her Pokémon Telepathy skills. She discovered that Abra had been to the Dojo many times before, to visit friends and for training, so he was very familiar with the trail. He was happy to discuss all the lovely vegetation as they passed through the foothills up to the mountains, where they passed from heavy forest into spotty forest and meadow lands. 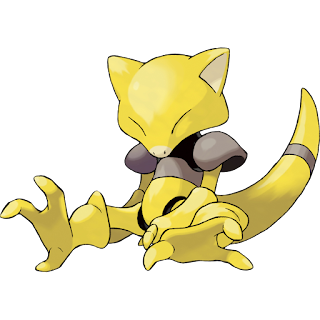 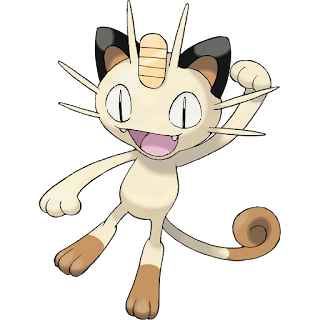 To be continued…
Posted by James Mishler at 12:31 AM No comments:

[Crossing the Streams] Demon Realm of Makai in the Pokéverse