So as is pretty obvious, I've been in a slump lately, creatively speaking. Other than that Outdoor Survival map I worked up two months ago, it's been... a while, since I've done anything. I'm trying to get the mind working again by futzing around with Hexographer once again. This time I've put together a Gamma World/Mutant Future/Mutants & Mazes map.

The map is loosely based on the second version of the Gamma World map included with the 2nd and 3rd edition of that game. I took the map, tilted it 30 degrees ("The war blew the world off its axis!"), and cut out the central lands to give me a base for a 30 hex tall by 50 hex wide region (with wide, wide interpretation). Then I just added bits here and there, slapped on some names, and Bob's your mutant uncle!

I have no plans on doing anything more with this map, so feel free to run with it if you want for your own campaigns. The names provided are either names of the ruined cities or of the regions; there are no names for any of the modern towns or tribal locations. Much of the West is nameless, as the tribes there are few and far between. The scale, by the way, is 30 miles per hex (more or less).

If you want the original Hexographer file or a larger PNG, just email me... 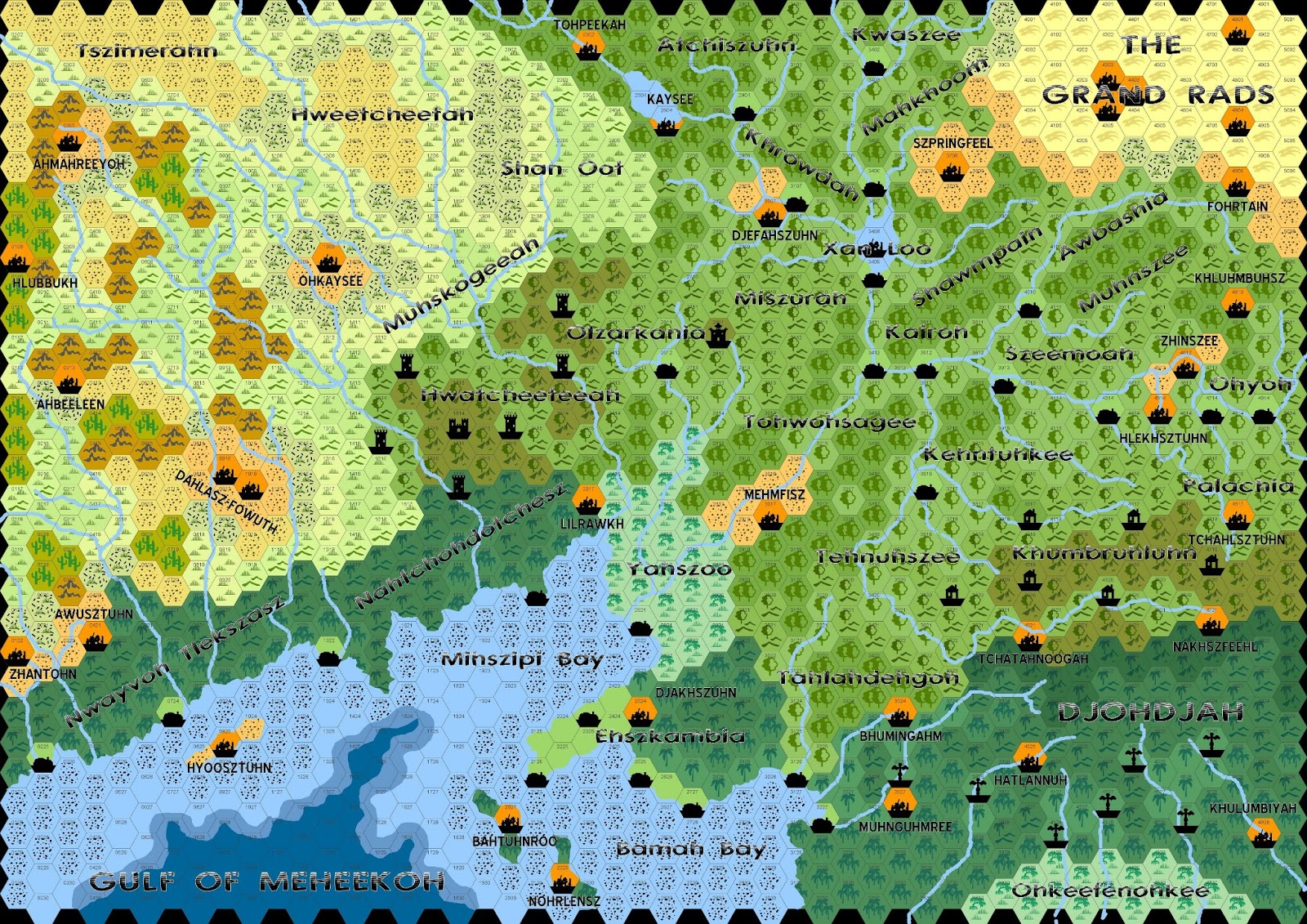