It has been quiet here recently.
After a series of fast releases – 13 products in four months, from April through July, followed by the release of Magical Beast Adventures in August, I decided to take some time off to collect my thoughts. Almost two months later I’m still trying; collecting thoughts is kind of like herding cats.
In that time, several things have happened that will impact my writing going forward. 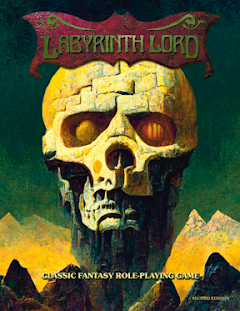 First, Dan Proctor of Goblinoid Games has announced that he is going to release Labyrinth Lord 2nd Edition. That will be sometime in early 2023, so I am likely going to wait until then to start writing new LL products. The differences will be minor, I am sure, but most folks prefer new products to be for the most recent edition. In this, discretion is the better part of valor.
Second, I got a full-time job. This will cut significantly into my writing time going forward.
Third, shortly after I got the job, I tore my left meniscus, and have been hobbling around on crutches ever since. Fortunately, my job is such that I can work from home, so that’s good. Unfortunately, for various reasons, I cannot get the surgery to fix it for a couple of months. So that sucks. But things could be worse, and we are taking it day by day.
So, no Labyrinth Lord products for maybe six months, and limited production going forward.
What’s on the schedule, then, such as I’ve ever had a schedule?
Well, I had some ideas for further materials, including a full campaign setting, for Magical Beast Adventures. But the sales on that have been underwhelming, so that’s been shelved.
Work on the Castles & Crusades project has also been shelved. The response to that made the sales of Magical Beast Adventures seem spectacular by comparison.
I was working on a new module when I got the job, but between the job, my leg, and the new upcoming edition of Labyrinth Lord, that too went on the back burner.
Isle of Eldisor: The Northlands is still on the list, somewhere. While sales for Eldisor were better than anything else in years, it just has not yet made enough sales to carry a full-sized expansion. But that is a possibility in the future.
I have some vague ideas for a city product. I LOVE city adventures. But for various reasons, it is difficult to get started on those now.
That’s about it.
I think for the next while I’ll be focusing on actual gaming, rather than writing for publishing.
I am currently in two online games, my Old School Buddies Monday Night Game and my Merlin’s Keep Crew Friday Night Game. So far between the two groups we’ve played Blades in the Dark, Dungeon Crawl Classics, Advanced Dungeons & Dragons 1st Edition, Dungeons & Dragons 5th Edition, Advanced Labyrinth Lord, and Shadowdark. They are great groups.
I’ve had a lot more chances to actually play rather than run with these groups. I’m getting the hankering to run again.
I’m thinking of running the Monday Night Group through some Dungeons & Dragons, using the classic Cyclopedia Edition and setting the campaign in Mystara. We’re also talking about playing some Twilight 2000. 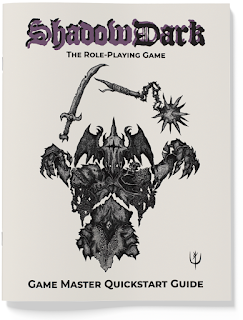 I’m still debating what to run for the Friday Night Group. I’m thinking I might try to fill my desire for city adventures and develop a city for them to play in using Shadowdark. If you haven’t checked out Shadowdark, you really should. That link takes you to the Arcane Library page where you can download a free Quick Start PDF set.
I’m sure I’ll be posting about their adventures here.
Oh, and the release of the Skull and Bones: Savage Storm comic book has been moved back to March 2023, to track with the release of the game. Keep an eye out for that, too.
That’s about it for now.
Good gaming!
Posted by James Mishler at 3:31 PM No comments: