James Mishler Games is having a 40% Off Sale!

To celebrate the return of in-person gaming at Gary Con, James Mishler Games is having a 40% Off Sale on all PDFs!

You know I don't go in for sales at all anymore, so you won’t see a sale like this on James Mishler Games products… probably ever. OK, maybe I’ll do a 50% off sale in 2032. So, if you can wait that long…

But if you can’t wait, buy now!

Speaking of which, if you make it to the convention, stop on by Booth #104 to check out our convention exclusives! We also have products from Goblinoid Games, Arcane Library, and Geoffrey McKinney, as well as some surprises! 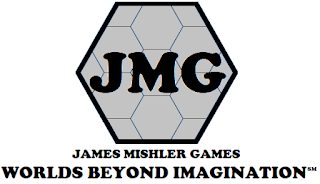 Posted by James Mishler at 9:19 AM No comments:

[Gary Con XIV] Hope to see you at the Convention!

Hoping not to put a Hex on the whole thing…

But every time I have announced I was going to Gary Con in the past, something has intervened. I’ve had to miss more Gary Cons than I’ve had a chance to attend…

Originally it was to be me and Dan Proctor of Goblinoid Games, backed up by our Significant Others… but that was two years ago. For various reasons, it will be just me at the booth, however, I will have both my product and Dan’s Goblinoid Games products and… a few surprises.

This is where I will finally (hopefully) be able to sell the five special, limited-edition, limited-run print products I had printed two years ago for Gary Con XII. They are as follows: 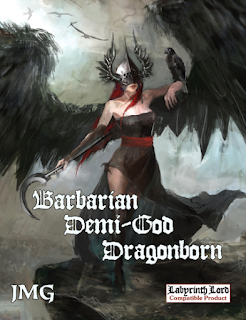 Barbarian, Demi-God, Dragonborn includes the PDFs of the Barbarian Class, the Demi-God Race, and Dragonborn. 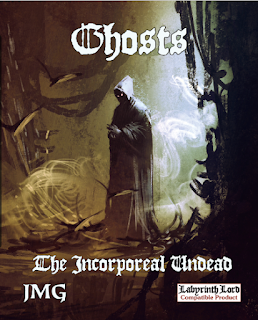 Ghosts – The Incorporeal Undead includes the entire manuscript from the PDF. 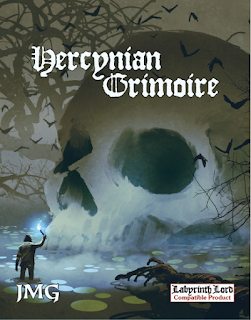 Hercynian Grimoire #1 (Vol. 1, No. 1) includes the entire manuscript from the PDF. 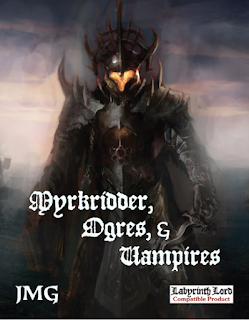 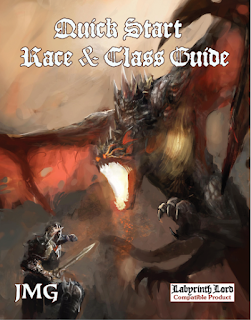 Other than a full-cover cover, these are all in black & white, with no new art or other fancy bits.

There were ever only 41 of each of these printed. The first prints, to test the print, are my personal copies; the first of the 40-print run went to my wife, Jodi, as has always been the case with all my print products; and the second went to Dan.

So there remain 38 copies of each to be sold.

The prices will start out at their lowest on Thursday, and slowly increase each day until they are their most expensive on Sunday. Counter to normal methods, but there is madness in my method.

The five will be offered together as a set with a discount (as long as supplies last).

If any remain after the show, I will sell them here.

After exhibit hall hours, I hope to run or play in some pick-up games (if I have the energy). I hope to run some Labyrinth Lord and Mutant Future, and might bring along some other games, as well.

Hope to make it there this year, and if so, hope to see you there!

Posted by James Mishler at 12:39 AM No comments: