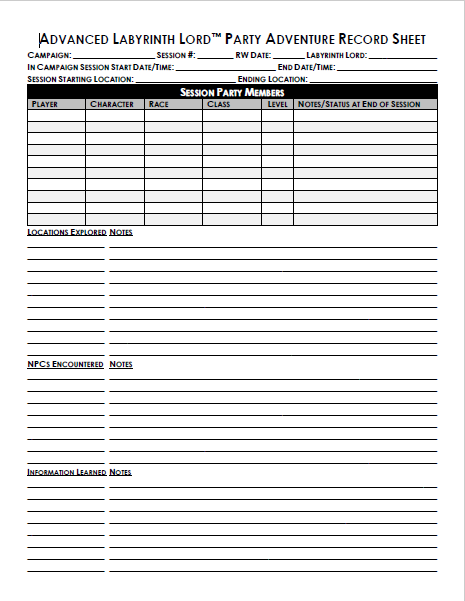 This pack contains the following:

A 2-page Character Adventure Record Sheet, which is used during ad adventure to keep track of the character’s combat stats, special abilities and skills, and spells, and is used to keep track of locations explored, NPCs encountered, information learned, monsters killed, treasures won, and secrets kept from other party members during an adventure session.

Permission is granted to print these record sheets for personal use.

Posted by James Mishler at 8:00 PM No comments:

Pay what you want (something would be nice, $1 suggested)... 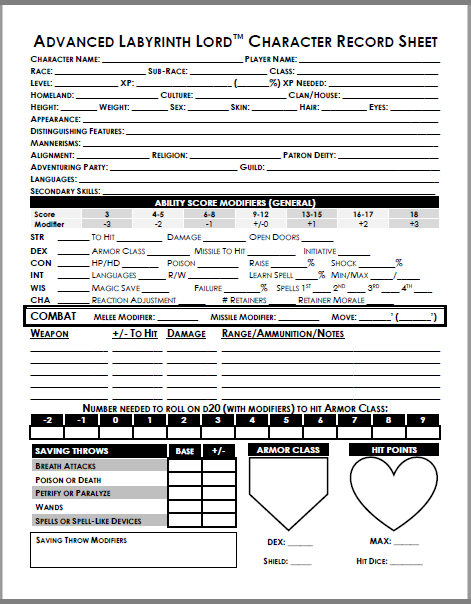 And here is the full two-page character sheet: 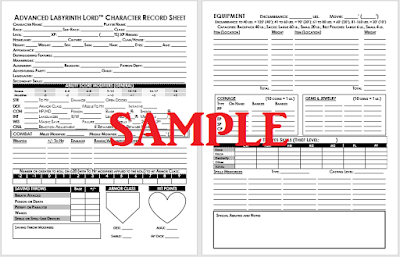 The QUICK START CHARACTER RACE & CLASS SHEETS BY-THE-BOOK are designed to enable a group of players, new or experienced, to quickly create 1st level characters of the various races, classes, and racial classes available in Labyrinth Lord and Advanced Labyrinth Lord. Each race, class, and racial class is detailed on a single sheet with all the information needed to begin play with that class, including requirements, class abilities, a description of basic 1st level spells (as needed), and a list of starting equipment that makes the most difficult and tedious character-creation element – choosing equipment – relatively fast and simple!

Note that the Quick Start sheets do not usually include any information about advancement, abilities, or spells available after 1st level, other than Experience Points required to attain 2nd level. For all such information, consult the Labyrinth Lord, Advanced Edition Companion, or Advanced Labyrinth Lord tomes.

Permission is granted to print these sheets for personal use only; in fact, such is essential to use the product as intended! 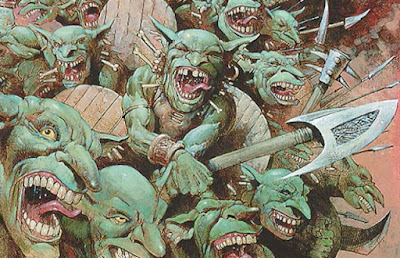 Posted by James Mishler at 11:36 PM No comments: