So today as I sat to write, I mused out loud, “What should I write about today, as it is Freeform Friday…”

My wife responded, “Well, you could talk about our evening walk along the Avenue… or halflings. Halflings, maybe?” So…

The Avenue refers to , the “main drag” and downtown shopping area of , where we live. Every third Friday night of the month they host an “Art on the Town” event, in which participating shops stay open late and host an artist – painter, sculptor, musician, what have you – and folks wander around taking in the sights and sounds. So for the first time ever, we went, and had a good bit of fun.

It doesn’t have the critical mass of people that, say, or would have, nor especially any European city, but it was fairly well attended. A few things that stuck out in my mind, game-related wise, were the kind of shops that were still open and hosting artists… and the kind of art they produced.

The Vintage Garden, for example (“Shabby Chic”) was chock full of old furniture and bric-a-brac, though it was quite clean and well-lit, it still kind of reminded me of the kind of places you would find in strange fantasy cities. They had stone planters in the shape of old Greek gods, various classic iron angels re-painted, and old vintage photos in fine vintage frames. In fact, it reminded me of an upscale version of a shop you might find in The City. Here’s a little something inspired by the stone heads: 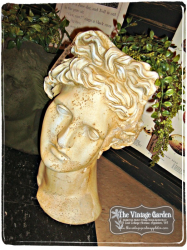 Planter of the Gods/Eikone: This is a stone planter, usually about two feet across and three feet high, shaped in the form of the head of a classical interpretation of a god/eikone. Any common plant can be grown in the planter; however, if a cleric/theurgist grows and tends herbs considered holy to the god/eikone in the planter, every season on the “high holy day” of that god/eikone, a number of magical leaves equal to 1d6 plus the Charisma bonus of the cleric/theurgist can be harvested and preserved. If these leaves are chewed/smoked/steeped in liquid and consumed or however the god/eikone prefers they be used in a special ritual, the cleric/theurgist will be granted visions of the future/present/past important to the individual and god/eikone. If otherwise consumed by the cleric/theurgist or a co-religionist cleric/theurgist, they grant the consumer a +1 bonus to the level of their next spell cast, provided the spell is cast within 10 minutes. Only one such leaf is effective at any one time. 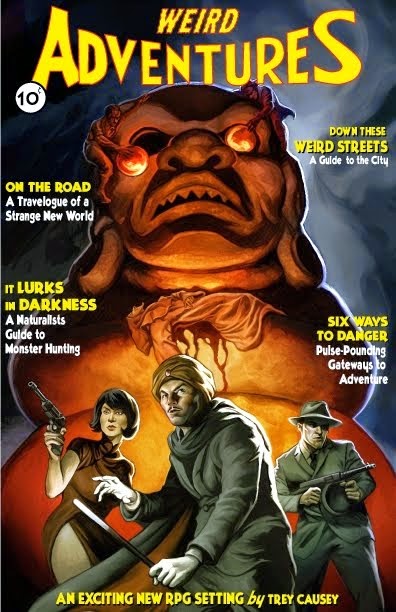 We also stopped in the Trout Museum of Art, a local art gallery. Currently, it has an exhibit of Time Magazine covers called, appropriately enough, “Moments in Time.” All the covers were from the ’60s and ’70s, and each was signed by the person depicted on the cover, whether in art or photography. An interesting collection. This one, of course, reminded me of the old classic, first featured in Tegel Manor, of the living painting. As one of the covers featured a painting of astronauts leaping to the moon, I was also reminded of Clark Ashton Smith’s classic story, The Door to Saturn. I think that both ideas are perhaps underused these days, even though the “living painting” featured quite prominently in the Harry Potter stories… something I need to consider when working on Castle Adlerstein. 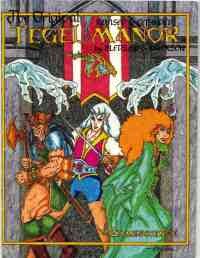 Finally, no walk around would be complete without a stop at Windows of Light-Angels Forever, a New Age store that is one of our favorite stores in the city. You can find all sorts of cool and interesting stuff there, from tons of books including Isaac Bonewits’ Real Magic, crystals and gems galore, incense, statuary, Tarot cards, and regular sessions with a psychic. The special artist guest at this evening’s event was an artist who works with fiber materials and “up-cycled” wares. She was showing off her “Spoon Goddesses” tonight; these are creations in which she takes an old, antique spoon, unites it with an art-deco style face, and adds such materials as to create a one-of-a-kind miniature goddess figurine. She says that as she is making them, they speak to her and tell her their names. An interesting and, dare I say, likely ancient tradition. 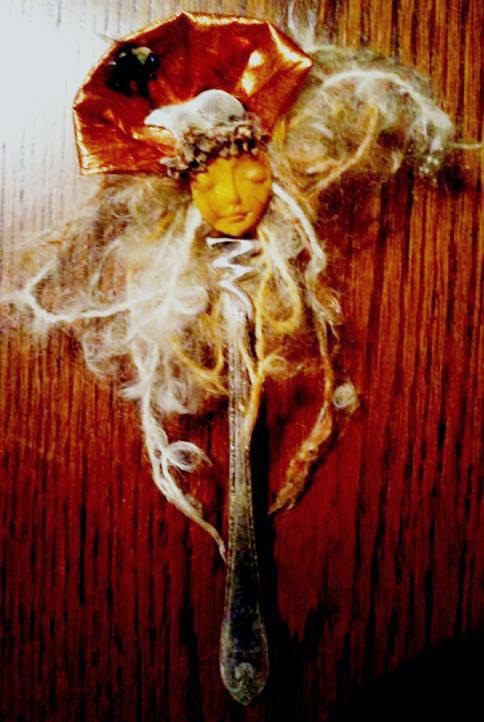 It reminded me of the Godmakers in Lin Carter’s Gondwane series; these were artisans who created not art, but gods themselves, for those who paid the fees. Some were poor and lowly godmakers, and made simple and poor gods; others, such as Ganelon Silvermane’s foster-father were grand masters of the craft, working in exotics and magical materials and using ancient and esoteric magical and scientific arts to create great and potent gods. Often today it is assumed that a cleric in a fantasy world must worship some esoteric and ethereal astral being; what if, instead, the cleric carries his god around in his backpack, or even in his pocket, or on a chain around his neck? What if the cleric makes his own god, and it is his mission to take his simple, small god and make him a great and powerful god? Kind of like the satellite gods in AnomalousSubterranean Environment… but instead of being picked up by a mad AI, the cleric created his very own, very personal god in a drunken stupor or moment of divine inspiration… Here’s an idea. Next time a player rolls up a cleric in your game, after he has bought his equipment, tell him to roll an item he purchased at random… and that is the cleric’s god. 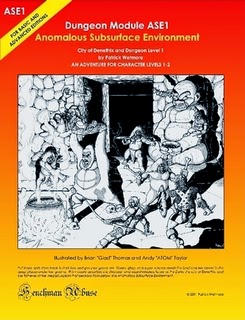 Sooo… that took rather longer than I thought. Lots more interesting stuff I could talk about from our evening walk, and I haven’t even gotten to the halflings yet… vicious little buggers. I much prefer their hobbitish cousins. Maybe next time…
Posted by James Mishler at 10:48 PM