Spontaneous Generation in the Dungeon

Back in the day, people believed in the spontaneous generation of life; that is, they believed that life forms, such as worms, insects, and even mice, swans, and other larger creatures, generated spontaneously from unrelated things, such as corpses, water, and barnacles. Of course, today we know this is not true… but what if in your Dungeons & Dragons fantasy world, it was true?

This could easily explain the nature of the population of dungeons; explain how dungeons can so easily and quickly become re-populated; and also eliminates the need for humanoid nurseries, if you dislike the idea of baby orcs or goblin whelps. 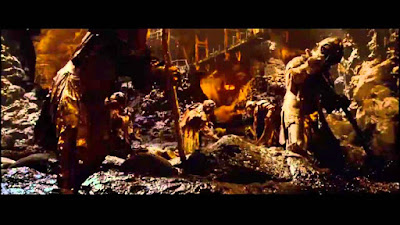 Spontaneous generation in the dungeon begins with the death of a living creature in the dungeon. If that creature is not wholly eaten, if it is not buried with proper holy rites, if it is not burned to ashes, or otherwise if its body is not completely destroyed, then one or more new creatures might spontaneously generate from it within three days.

Note that evil versions of demi-humans, such as duergar and drow (the “maggots of the earth”), might spontaneously generate in a dungeon; you might also allow for spontaneous generation of human types, such as berserkers and cultists, who might look mostly human, but incomplete, and would lack a soul.

The order of species and potential generation is thus, in ascending order:

Monsters with an asterisk (*) indicate monsters with that number of special abilities, as per the B/X rules. Note that humanoids (and humans and demi-humans) and certain monsters can rise again as spontaneous undead through this process! Skeletons, zombies, wraiths, and spectres are the most likely to be generated by this process; note that multiple skeletons and zombies can rise from a single body, after all, it is a strange kind of magic!

If the original roll to determine spontaneous generation was a 1, re-roll the die; if the re-roll is a 1, then the creature(s) that spontaneously generates from the body are of one order higher than the creature; continue re-rolling as long as you roll 1s, until you no longer roll a 1.

Otherwise, the creatures will either be of the same sort, or a similar sort, or at the judge’s whim of a lesser order (for example, a boar might generate more boars, other animals, vermin, or slimes, mold, or jellies).

Thus if a cave locust (vermin) is left to rot, and you roll three 1s in a row, humanoids spontaneously generate from the corpse.

It should be noted that orcs, goblins, and other humanoids often have a slimy pit in their lair; there their shaman or sorcerer throws in bodies of victims, and using their dark magic, direct the forces of spontaneous generation such that they can assure the generation of new orcs or goblins or such from the bodies thrown therein… 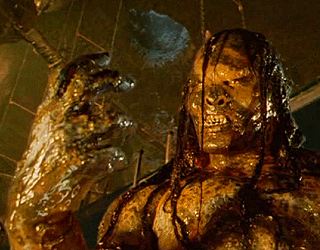 Halve the number of maximum hit points the creature had (individually, not based on maximum HD roll), rounded up; this is the total number of hit dice of creatures that spontaneously generate from the corpse. The bigger and more powerful the individual, the more potential... In the case of the cave locust, a 2 HD creature with 7 maximum hit points, up to 4 HD of creatures can spontaneously generate from the corpse.

Spontaneously generated creatures can be a mixed bag, and need not be the same creatures from even the same body; if most of the hit dice are taken up with one creature, and no creatures of that order can be generated with the remaining hit dice, go ahead and choose lesser order creatures. Creatures generated from the same mass of bodies often remain allies, and can communicate with one another or at least understand each other through a common language.

Creatures generated through spontaneous generation can reproduce normally (except for the human-like berserkers and cultists and other such pseudo-creatures).

The odds of spontaneous generation and improved order of creatures might be improved the deeper one goes in the dungeon; or near certain magical emanations; or if the bodies are left in the shrine of a god of the underworld; and so forth. You can also tinker with the number of hit dice generated by hit points, with perhaps 1 HD per three hit points or even less, depending on how quickly you want your dungeon to refill itself spontaneously…

As an example, a party slaughters a small clan of 17 goblins, and leaves the bodies to rot in their lair, sealed away from vermin and other things that might eat the bodies. The judge checks for spontaneous generation in blocks of 5s, with three blocks of 5s and the remainder of 2. On the first he rolls a 4; no spontaneous generation. On the second he rolls a 3; on the third he rolls a 2; and on the two remainders he rolls a 1, and then rolls another 1, and then a 5. The two normal rolls total 30 maximum hit points, generating 15 HD of goblins, replacing almost the entire clan. The two remainders with 6 maximum hit points generate a 3 HD monster; the judge decides that a giant black widow spider emerges from their putrescent bodies. Thus is born the Clan of the Black Widow…

The powerful lord Dahneel Vahr-Ghoom, an 11th level fighter with 79 maximum hit points, is slain in the dungeon; his body left to rot in a deep well by his erstwhile companions. The judge rolls for spontaneous generation; a 1, then another 1, and another 1, and another 1, followed by a 3. 40 HD of potentially two-star monsters are generated from the dread lord’s corpse. The judge decides to go with the lord himself rising again as an 11 HD spectre; the additional 29 hit dice are divided among seven wraiths (4 HD each) born of his wrath and the lord’s animated skeleton (1 HD), still dressed in his fine armor and wielding his magical sword. The new undead lord seeks the destruction of his former comrades, and quickly takes over the local dungeon level… 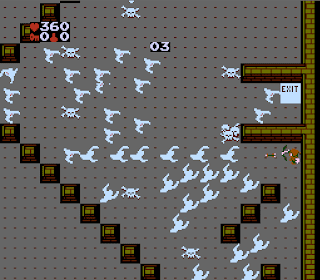