What with having plenty of time at home, Jodi and I have been watching a lot of classic cartoons lately, from Looney Tunes and Merrie Melodies to Herculoids and Thundarr the Barbarian to the many, many various incarnations of Scooby-Doo. Scooby-Doo has had 43 films, 27 short films, 14 TV series, 5 television specials, 8 television shorts, 6 television films, 34 direct-to-video films, and 5 plays in the last 51 years (Scooby is only a few months younger than I am, it seems)! 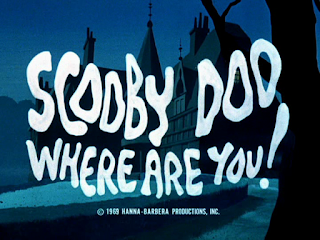 We started out at the beginning, with Scooby-Doo, Where Are You! the original series that aired from 1969 to 1970 (and which was on reruns forever and ever and ever during my youth). Though it was hokey, and even a child could see through most of the mysteries (which was kind of the point), even now, all these years later after not having watched it in some 40 years, it was a lot of fun to watch. Unlike many of the TV shows and movies of my youth, it aged fairly well. 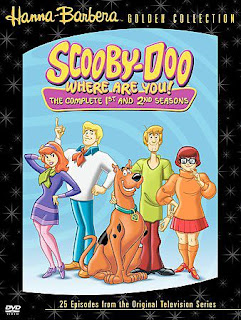 It also explains a lot of what I still see today in my mind's eye when, in games, I am in a dungeon, or dealing with tricks and traps and chases and monsters, especially ghosts of course. And those pit traps? I think the villains from Scooby-Doo give Team Rocket from Pokemon a run for their money with the pit traps.

Anyway, I took the 25 episodes from the original 2-season run from Scooby-Doo, Where Are You! and created a quick and dirty inspirational chart for adventure locales, villains, and motives. Enjoy!

Roll once for each column. Not all combinations are necessarily going to make sense, but they will offer a springboard for imagination. If nothing else, maybe it will inspire you to give this 50-something year old show another look! 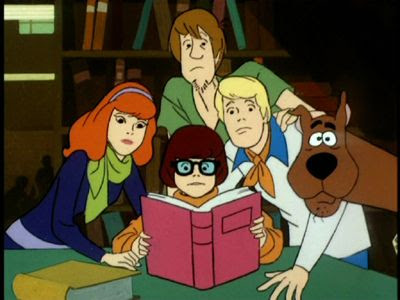 Posted by James Mishler at 9:09 PM