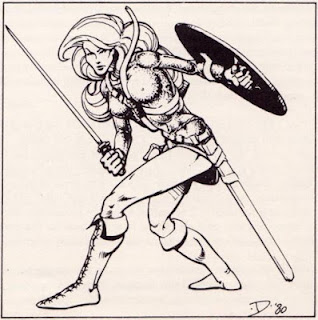 Fighters arise from the common soldiery or militias of the civilized lands. Fighters train for battle – in an adventuring party it is their job to fight monsters and protect the weaker members of the party from direct combat.

Hit Dice: Fighters use ten-sided dice (d10) to determine hit points. Fighters gain one hit die per level up to and including 9th level. Three hit points are gained per level after 9th, with Constitution modifiers no longer applicable.

Proficient Weapons: Any (save for foreign and esoteric weapons).
Non-Proficiency Penalty: -2 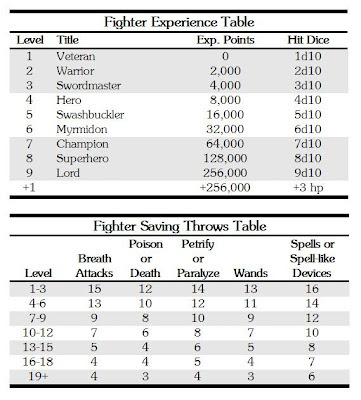 Posted by James Mishler at 8:56 PM