The Mighty Land of Vanth

Well, we are getting settled in here in Virginia Beach. No luck thus far with finding a job, but at least I have my first interview coming up next week. One interview in three weeks is much better than one interview in six months by any count! And ideally, I'll get a chance to play some Labyrinth Lord tomorrow, God willing and the creek don't rise!

What with settling in and looking around and job hunting, I really haven't had the energy to work on anything for the Olden Lands. That requires craftsmanship... if I'm selling it, I want it to be my best stuff, not just something I slapped together. But the creative urge is strong, and so I've been screwing around with Hexographer, 'cause I love drawing maps.

I decided to put together the map of my version of Vanth, the world from Encounter Critical, which I intend to use with a Labyrinth Critical campaign, someday. I ran a Labyrinth Critical one-shot some time ago, and hope to build a campaign out of the setting. So anyway, here's the continental map for Vanth. Based on the official map (designed with true scientific-realism) the scale would be 12.5 miles per hex, or thereabouts, but I'm using it at 30 miles per hex.

I'm on the last few edits of my campaign area sub-map, which focuses on the Steel Warlords and the lands to the south, which after some work I'm now calling the Scraplands. That map should be up in the next few days, along with some details on what's there... 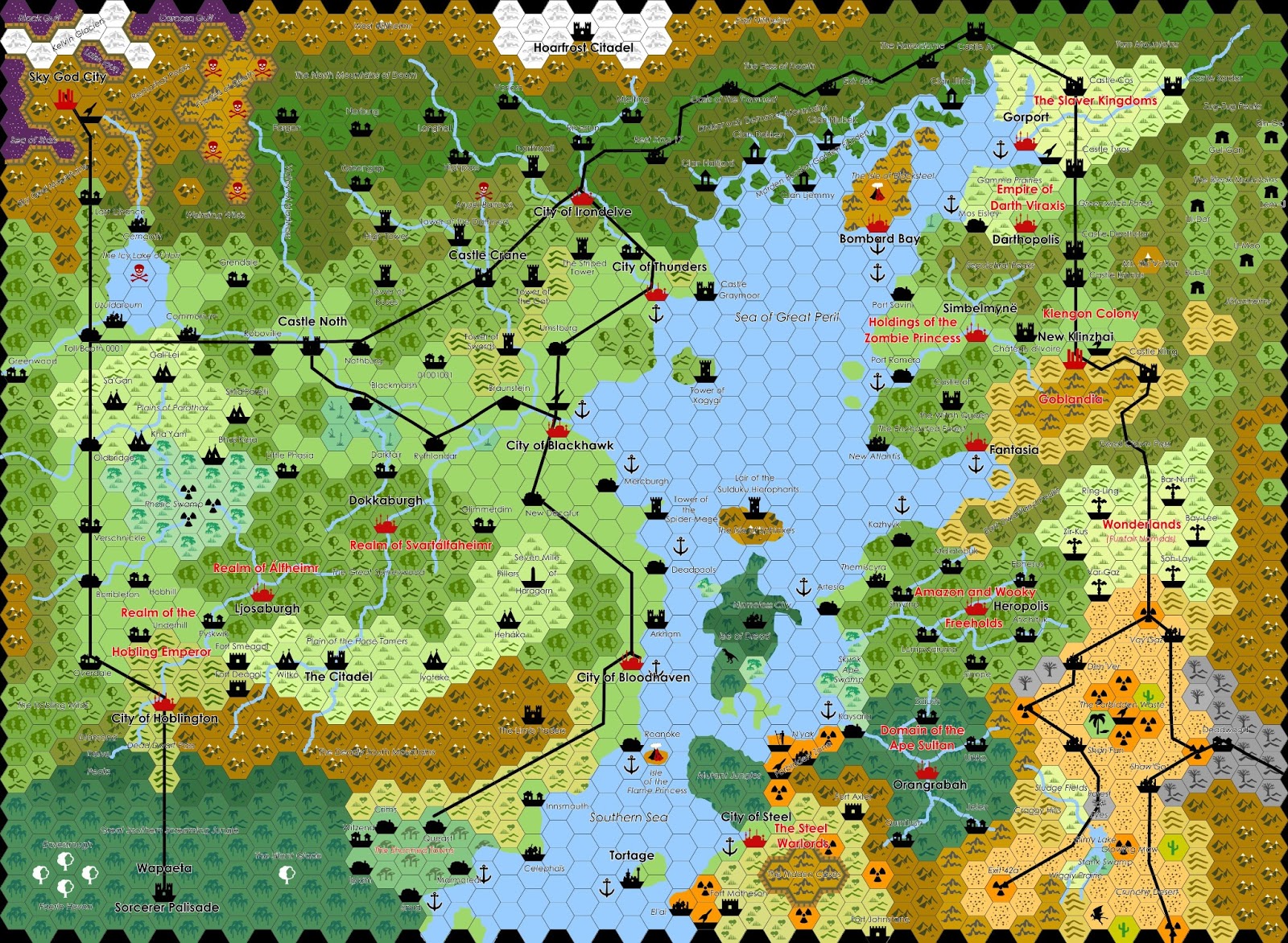 
P.S. I now see that Google shrank the map a bit, such that many of the names are illegible. If anyone is interested in a full-size map, just send me an e-mail.
Posted by James Mishler at 5:39 PM