So at Gen Con I picked up a copy of the new, 5th Edition Dungeons & Dragons Player's Handbook. 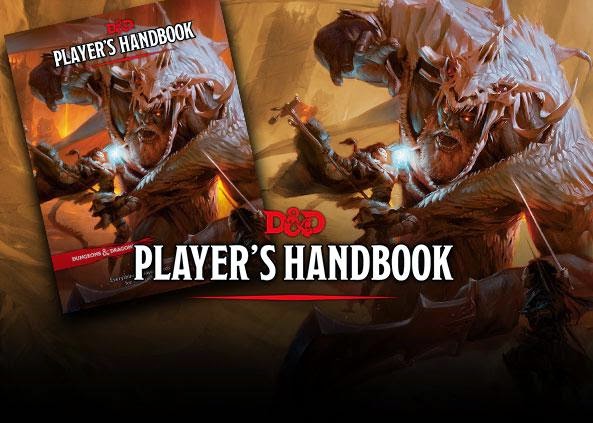 I hadn't really followed much of the brouhaha over the new edition, nor had I play-tested it; while I had downloaded the free starter set information, I hadn't even read it yet. But, it was the new edition of D&D, so I had to give it a try. Heck, I even gave 4th Edition a try... howsoever brief. So why not, too, 5th Edition?

Here's the short of what I think: 5th Edition Dungeons & Dragons is a lovely home-brewed, house-ruled version of the Castles & Crusades system and the ideals of Labyrinth Lord with a dash of Dungeon Crawl Classics and HackMaster 4th Edition for flavor.

The long of it: Based on the PHB, this is probably a game I would play. Heck, if the MM and DMG live up to what I've seen in the PHB, I might even want to run a 5th Edition game. I would have never said that about 4th Edition, and after running a fair bit of 3rd Edition, I gave up on that, too.

So while I won't be changing my core, go-to game systems... Castles & Crusades and Labyrinth Lord... I will definitely be adding 5th Edition to my repertoire of playable games.

A few specific notes, good and bad, some to chew on, others just to remark upon:

I really, really, REALLY like the way they do spell memorization and spell slots. I'm going to have to steal that system for my house-rules for both C&C and LL.

The halfling art in the book is ridiculous... horrendous, even, in some spots. Otherwise, the art is quite nice. Very medievalesque, yet very inclusive and diverse. Really, better art than any they've had since 2nd Edition.

Oddly, there is no one place where the skills Open Locks and Find/Remove Traps are defined, systematically. You kind of have to piece together bits from the descriptions of Thieves Tools and Dexterity Ability Checks. Would have thought there would have been something definitive in the Rogue description, but no... I guess that is all for the DMG.

There are three Arcane spell-casters, the Sorcerer, Warlock, and Wizard, each doing magic slightly differently. I could see having maybe one, maybe two in a single campaign, but three... I dunno. Seems a bit heavy. And then, too, you have the Eldritch Knight and the Arcane Trickster Archetypes/Demi-classes (shadows of Astonishing Swordsmen & Sorcerers of Hyperborea), so really there are five arcane spell-casting classes...

Grappling is nice and simple, as is Two Weapon Wielding. These I like.

Feats are optional, seriously optional, and I think work much better than they did in 3rd Edition. I also like the Backgrounds. One minor note, that I know is going to be a complaint from some players, is moving Charge from a combat option to a feat... I think that will be house-ruled in my games, considering how charge-happy my players are...

And then there is Healing. Using Hit Dice for Healing in Short Rests, recovering all HP and all HD during a Long Rest... that is likely to change. Maybe requiring a Full Day Rest to recover a used HD. Though really, you know, using the rules as written would just make the game go that much faster, with less down-time going back to town to rest and relax. We shall see...

Some of the spells are nerfed, others go way up in power. I think it balances out to make arcane spell-casters more useful in general, especially when combined with the new memorization and spell-slot system. I've usually given wizards a "mage-bolt" power as it was, so it fits in with my way of gaming pretty well.

Essentially, as I went through the book, my thoughts went more often to "ooh, I can use this/steal this" rather than "this makes no sense," as it did often when reading the 4th Edition books.

So the upshot is, 5th Edition Dungeons & Dragons is a game I would like to play... maybe even run. I can't really give it a better recommendation than that...

Posted by James Mishler at 8:40 PM