So yesterday we all got a HUGE infodump on upcoming Marvel Cinematic Universe (MCU) films and streams. Being a huge fan of the series (I was a Marvel Zombie growing up, my Holy Trinity being Spider-Man, Thor, and Hulk), I've been delving into a lot of this to try and figure out where things are going with Phase Four and Phase Five. 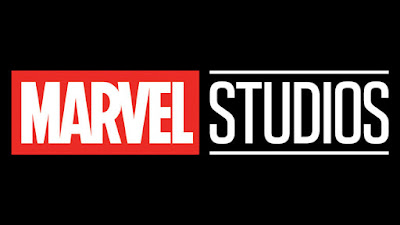 Here is my list and rundown of current overall theories:
Streaming and Film schedule for Marvel Phase 4: The Marvel Multiverse
WandaVision (S, January 15, 2021)
The Falcon and the Winter Soldier (S, March 19, 2021)
Black Widow (F, May 7, 2021)
Loki (S, May(?) 2021)
What If? (S, Summer 2021)
Shang-Chi and the Legend of the Ten Rings (F, July 9, 2021)
Ms. Marvel (S, Late 2021)
Hawkeye (S, Late 2021)
Eternals (F, November 5, 2021)
Untitled Spider-Man: Far From Home Sequel (F, December 17, 2021)
She-Hulk (S, 2022?)
Moon Knight (S, 2022?)
Secret Invasion (S, 2022?)
Doctor Strange in the Multiverse of Madness (F, March 25, 2022)
Ironheart (S, 2022?)
Thor: Love and Thunder (F, May 6, 2022)
Armor Wars (S, 2022?)
Ant Man and the Wasp: Quantumania (F, Late 2022?)
Black Panther 2 (F, Late 2022?)
Captain Marvel 2 (F, November 11, 2022)
Guardians of the Galaxy Holiday Special (SF?, Christmas 2022)
I Am Groot (S, 2022?)
Guardians of the Galaxy 3 (F, 2023)
Last of Phase 4? Interim Film? First of Phase 5?
Fantastic Four (F, 2023?)
Projected Film schedule for Marvel Phase 5 : Quest for the Infinity Stones
Main Titles
New Avengers
Secret Wars
Spider-Man: Young Avengers
Infinity Quest
Ultimate Avengers
Secondary Titles
Hulk: Future Imperfect
Doctor Strange: Triumph and Torment
The Phase Four schedule gets weirder and more Cosmic each and every movie. This is no accident.
The entire schedule (possibly including Black Widow) leads up to the unraveling of reality... due to the loss of not just one but all six Infinity Stones. As the Ancient One told Smart Hulk in the past, if you remove even one Infinity Stone from the universe, reality quickly starts unravelling. What happens then when you remove all six Infinity Stones from the universe?
Everything explodes into a Multiverse. A Multiverse of Madness, to be exact. Which leads to Doctor Strange 2, which is really the starting point for Phase 5 -- Quest for the Infinity Stones.
Note: This was before the announcement of the new Fantastic Four movie, which I think now is either the last Phase Four movie, the first Phase Five movie, or an "interim" "bridging" movie that stands between the phases.
Phase 5 will essentially be the reset of the Marvel Cinematic Universe. A lot of the best, most famous characters in the MCU have either died or retired, or are getting old (the same as Death in Hollywood). What happens when that happens in the comics books? Well, we get a reset. And everything goes back to Square One (more or less).
And this reset will occur through scrunching back together all the various alternate realities created by the destruction of the Infinity Stones, which... it turns out were not REALLY destroyed. They can't be destroyed -- they were here before the rest of the Universe, so the best can be done by any being that came after is to remove them from reality for a time... and then they coalesce back together.
But meanwhile the Universe unravels into a Multiverse of possibilities.
Phase 5 will be the hunt for these re-coalescing Infinity Stones, because whoever controls the Infinity Stones will be able to determine which parts of the Multiverse remain after the Universe is knitted back together.
It will also likely adapt elements from the recent Secret Wars story (not the original, the latest one, with BattleWorld), as it is a similar storyline, and we know Doctor Doom is going to be involved starting sometime in Phase 4. Heck, one or more of the movies probably even will be called Secret Wars...
Though now that I think of it, it would totally be in the MCU tradition to include some references or call-backs to the original Secret Wars. Maybe they bring in the Beyonder? That would be something!
I think that the one who ends up controlling the Infinity Stones in the end, though, will be Thor. He will be the only one who can handle all the stones, and by that time, he will have gone through an arc to deal with his grief, so he will be ready for it mentally.
He will knit together the unstable Multiverse of Madness into a single stable Universe, incorporating the new (but basically similar) Iron Man, Captain America, Black Widow, etc. from the various Alternate Universes (and with new, younger actors)... and then either keep the Alternate Universe Asgard or restore Asgard and its people to all its glory, including his parents, Heimdall, the Warriors Three, and all those who died during the Hela and Thanos incidents.
He then flies down to Asgard, where he is applauded by his family and people, including Loki. Loki then asks him what he intends to do now that he has the Infinity Stones. Thor just smiles, raises the gauntlet, and activates the power… and sends all the stones flying away to different, random, hidden corners of the universe.
And Loki faints dead away...
Posted by James Mishler at 1:11 PM