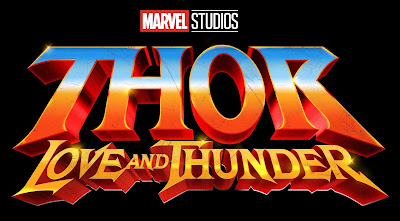 Everyone is tying themselves in knots trying to figure out how Jane Foster gets ahold of Mjolnir when Mjolnir is destroyed. Well, Thor: Love and Thunder takes place well into Phase 4, even after or around the same time as Doctor Strange 2: Multiverse of Madness.
So there is no need to explain how Jane from the Mainline MCU has Mjolnir because it isn't Jane or Mjolnir from the Mainline MCU... it is Jane and Mjolnir from an Alternate Universe, one where Thor likely died heroically during the "Malekith Incident" (Thor 2: The Dark World) and Jane Foster took up Mjolnir in defense of Asgard (say, Thor was killed defending his mother, Frigga, and Jane took up the hammer and saved her life).
No death of Frigga, no death of Odin, no release of Hela, no Ragnarok... and Jane is now Thor.
And Alternate Jane is still in love with Thor. Now that's a complication...
And then Alternate Universe Jane as Thor, and perhaps even Alternate Universe Asgard, happens to end up in the Mainline MCU, and is threatened by these new villains (or Thor ends up in the Alternate Universe, it works both ways).
So, there you go, no weird time-space convolutions to bring back Mjolnir... and it all furthers the story of the Multiverse in Phase Four.
Posted by James Mishler at 1:23 PM