What if Mystara were a Dying Earth-style Campaign Setting?

Mystara is in many ways a “kitchen sink” campaign setting – it has something of everything in it, from many different genres and many different styles. But what if the overall style was one much more of the Dying Earth style, as per Jack Vance’s Dying Earth, Clark Ashton Smith’s Zothique, or Lin Carter’s Gondwane stories?
1) Take the basic information as presented in the Gazetteers in the broad though not necessarily in the specific.
2) Countries are not “countries” so much as “cultural regions,” as nations, state, and empires are weak and ineffectual, for the most part, in the Dying Earth stories. “Ylaruam” is a region, and the “Sultan” of Ylaruam is a hollow title; so too the “Emperor” of Thyatis, and so forth. Everything is local.
3) The cultures of the “cultural regions” are the last, age-old remnants of ancient peoples, each of whom once had its great height of imperial power. These remnants are found scattered throughout the Known World. There are remnants of the “Alasiyani Empire” scattered from far western Darokin through to the Northern Reaches, and south to Ierendi.
4) Throw the timeline out the window. Blackmoor was an utterly ancient empire of an unknown age in the forgotten past. Even the order of the empires of the remaining cultures are unknown, save for the Thyatian, which was the last great expansive culture, the last hurrah so to speak of an offshoot of the Alphatian culture which was the height of Wizardry in the recent eons. More high-tech remnants like that of Blackmoor scattered here and there, as each culture delved deep into those technomantic mysteries and sought to rebuild the greatness that was Blackmoor – before the Arcane Inquisitors of Alphatia sought to purge them from the memory of the world.
5) There are no proper large-scale religions; all worship of immortals is local, like everything else, at best regional. There are far more dead and forgotten immortals than there are living ones. There are few region-spanning religious organizations; such are the exception to the rule. Temples of the same immortal in neighboring cities might not even be aware of each other, and if they are, might ignore each other or even be enemies. 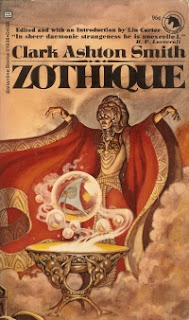 6) Life of the commons through to the royals is one of decadence and often debauchery, all to stave off the ennui of the pointlessness of existence – after all, the moon might fall tomorrow, or the sun might fade away, or the stars blow out. The adventurers and others of their ilk are the exceptions to the general rule, trying to do something that makes a difference, that makes a mark, that makes advancement when all is in extreme retrograde at the nadir of history.
7) Populations are drastically different. Cities have no more than half the population listed, living amidst ruins of cities twice the size listed. The same for towns. Villages are mostly the same. But importantly, what is on the maps is all there is, settlement-wise. There are perhaps a handful of hamlets here and there, and homesteads, especially close to the larger settlements, but no more settlements of village size or greater, nor strongholds. What you see is what there is. There are, however, tons of ruins scattered about. Most empty, some occupied by monsters or stragglers.
8) Monsters are even greater in numbers. Realms where they dominate, such as in the Broken Lands and Dwarfgate Mountains, are true holds of the Darkness. Most monsters are outgrowths of the growing darkness – a la William Hope Hodgson’s The Night Land. The Darkness both terrorizes and yet also beckons – join us before it is too late! Become one with the Night before the Final Twilight! 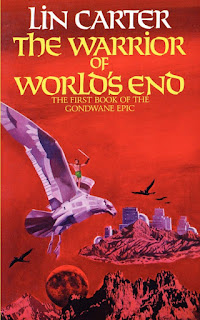 9) Demi-humans are even more caricatured versions of themselves. Dwarves are near mythical – Rockhome is entirely underground, only ruins above, as the dwarves seek sanctuary from the death of the sun in the geothermal depths. Those on the surface are exiles, adventurers, or madmen. Elves live for debauchery – Alfheim is one vast party, for the elves now have nowhere to flee at the end of time itself, and they know their Final Doom is upon them. Halflings are macho barbarians holding their Shires against all comers – if the moon falls into the Shires, they will do their damndest to Shout it back into the sky!
10) Lands outside the Known World are mythical at best; only legends remain. Alphatia sank, or flew off into the sky, or is hidden behind a magical veil – no one knows. The Isle of Dawn is reachable, at great dangers, but the ancient colonies are all returned to savagery, save for the strange and mysterious Thothians. Norwold is a cold, glacier-haunted ruin where big hairy men fight and eat and are eaten by big hairy monsters and dragons. Sind is a name out of the West; only monsters and stranger things come out of the West. And the sea of Dread is truly to be dreaded, for south of Ierendi and Minrothad it has been claimed by the Darkness.
Cultural Regions – Some Initial Ideas
1) Karameikos: The Darkness-ridden land of Karameikos is of ancient and mysterious sort; the forests are home to vampires and werewolves and other creatures of the Falling Night. A hundred years ago, in their last spasm of Empire before falling into squabbling city-states, the Empire of Thyatis sought to push back the Darkness, and invaded Ancient Traladara – and were overwhelmed. Stefan and his co-religionists – followers of Vanya, She Who Would Conquer the Night – sought to re-invigorate the invasion 30 years ago. Their little points of light in the Darkness are laughable on the grand stage. The Traladarans continue on as they have since time immemorial, though a few have joined in the madness of these new Karameikans. Their religion is such that it is divided between those who would placate the Darkness, and those who would embrace it… 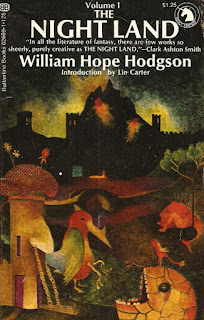 2) Ylaruam: The vast Alasiyan desert holds inky blots of Darkness at night to rival those of the Sea of Dread. In the howling wastes, one can find ruins ancient beyond memory, uncovered by the stinging sands driven by the Night Winds. There, creatures from the Outer Dark come to be worshipped by madmen and strange cultists. The cities in between are brightly lit to keep out the Night, even by day; and while the men in the bazaar must needs trade with the nomads, they know not who or what is hidden behind the nomad’s veils…
3) Glantri: Here have come the arcane scions of a dozen realms and even outer worlds. Here they find a strange arcane power they hope to keep the Darkness at bay. But each has brought with them the taint of their own fallen, decadent, debauched cultures, each has brought within themselves and their peoples the touch of Night from elsewhere. Lesser men despair, for in this land, to live within the light of a wizard’s tower is as dangerous to the soul as to live outside in the Darkness…
Posted by James Mishler at 8:42 PM