I'm a fan of John Stater's Mother Goose & Goblins material. I've been working on further development of the "Fairy Tale" RPG setting idea, and have developed yet another alternative alignment system, as I feel the Trump Alignment system for MG&G was a bit too restrictively Wonderlandish for my tastes... mine owes a bit more to Oz, I think. I've considered using this in my Labyrinth Lord games where the standard alignment system just doesn't seem to fit.

DISPOSITION
The disposition system in Mother Goose & Goblins follows the traditions established in fairy tales, rather than the swords & sorcery style Law/Chaos and Good/Evil alignment system. The basic disposition axis is a Good versus Evil system, primarily based on how people treat each other rather than how one is aligned with the cosmos or with some sort of ethics and mortals. The “Mostly Good” alignments are Nice, Sweet, Just, and Saintly, while the “Mostly Evil” alignments are Naughty, Mean, Cruel, and Wicked. Descriptions below start at the nicest of the nice and descend to the naughtiest of the naughty… 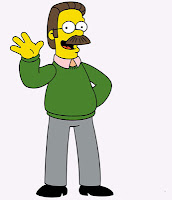 Saintly: One who is Saintly goes out of their way to be nice to everyone… even the most Wicked of people! Saintly type are never, ever naughty, mean, or cruel, and would faint at the thought of ever doing anything wicked! Saintly types can be humble or not; most are, though there are those who are indeed quite Saintly who are distinctly less than humble about it! Very, very few are of the disposition to be Saintly, which is why Saints are few and far between! Example: Ned Flanders

Just: One who is Just is nice to all who are deserving of it, but seek not to be naughty, mean, or cruel, even to those who are such, and never, ever are wicked. Others who are Nice and Sweet and Just, and especially Saintly, are deserving of being treated just so, and moreso, whenever possible. Those who are Naughty, Mean, and Cruel, well, if they might be convinced to be nice later, then one who is Just will try to be nice to them. But if they continue to be naughty, mean, and cruel, then, they will get their just deserts, and nothing more. Okay, maybe a naughty trick on the most wicked of the Wicked to let them get a taste of their own medicine, but nothing mean or cruel! Example: Lisa Simpson 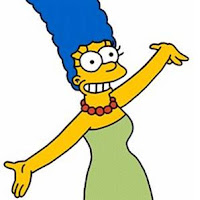 Sweet: One who is Sweet is usually nice, but can sometimes be naughty. Those who are Sweet always seek to have the best and bravest disposition, even in the face of wicked and cruel adversity. But sometimes, those who are Wicked and Cruel, well, there’s nothing wrong with being naughty or even mean back at them! One who is Sweet would never, ever be mean or cruel or wicked to someone who was not themselves such! But now and again, a naughty trick can be played on one who is less than Sweet themselves, so long as one is nice to them afterwards. Example: Marge Simpson

Nice: One who is Nice generally seeks to be nice to others, but is not afraid to be naughty when need be… as long as one makes amends later, if the target of the naughtiness was not truly deserving. Nice people can sometimes be mean, to be sure, and on great occasion even cruel, but never do so without just cause and absolute need! On balance, one who is Nice is more often nice than naughty, but sometimes only just. Example: Waylon Smithers

Naughty: One who is Naughty is usually naughty, but is not afraid to be nice, too, when it will get him something… especially when it will get him something. Many naughty types are simply too selfish and egotistic to be nice, rather than actively mean or cruel… though Saintly types just stick in their craw! Naughty folks on balance prefer to be naughty rather than nice, but sometimes only just. Example: Bart Simpson

Mean: One who is mean is usually naughty, but sometimes can be truly nice. Being nice is not alien to their way of thinking, they just don’t believe it is worthwhile to be nice, as being mean and naughty, and sometimes cruel, is simply the best way to get through life. But if being nice will get you what you want, easier, then being nice works, too. Those who are mean often target the Saintly and Just, believing them to be just plain too nice for their own good! Example: Homer Simpson 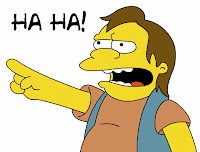 Cruel: One who is Cruel enjoys being naughty and mean and sometimes, even wicked, though truly wicked activities make even the Cruel blanch at the thought. Being Cruel does not mean one cannot be nice now and again; it’s just very rare, and against their type… except, of course, when they are setting up a cruel or mean trick. Then they can seemingly be nice, or even sweet, when need be. Many Cruel types, however, do not have the patience for building a web of lies, believing that one should not worry about some great and magnificently cruel act tomorrow when one can be just plain mean and naughty now! Example: Nelson Muntz

Wicked: One who is Wicked goes out of their way to cause pain, mayhem, suffering, and degradation to others, usually because they enjoy doing so, but often simply for no reason at all! Wicked folk can often seem to be Nice, Sweet, or even Just, but usually that is just a naughty trick, a front for their true wickedness. No action is too cruel, no statement too mean, no petty trick too naughty, to not be considered an enjoyable way to spend one’s time when one is Wicked. Wicked folk will go far out of their way to do naughty things, even if, often, it seems to make no sense or otherwise messes with their plans… simply because they love being wicked, cruel, mean, and naughty! Example: Charles Montgomery Burns

Posted by James Mishler at 5:44 PM