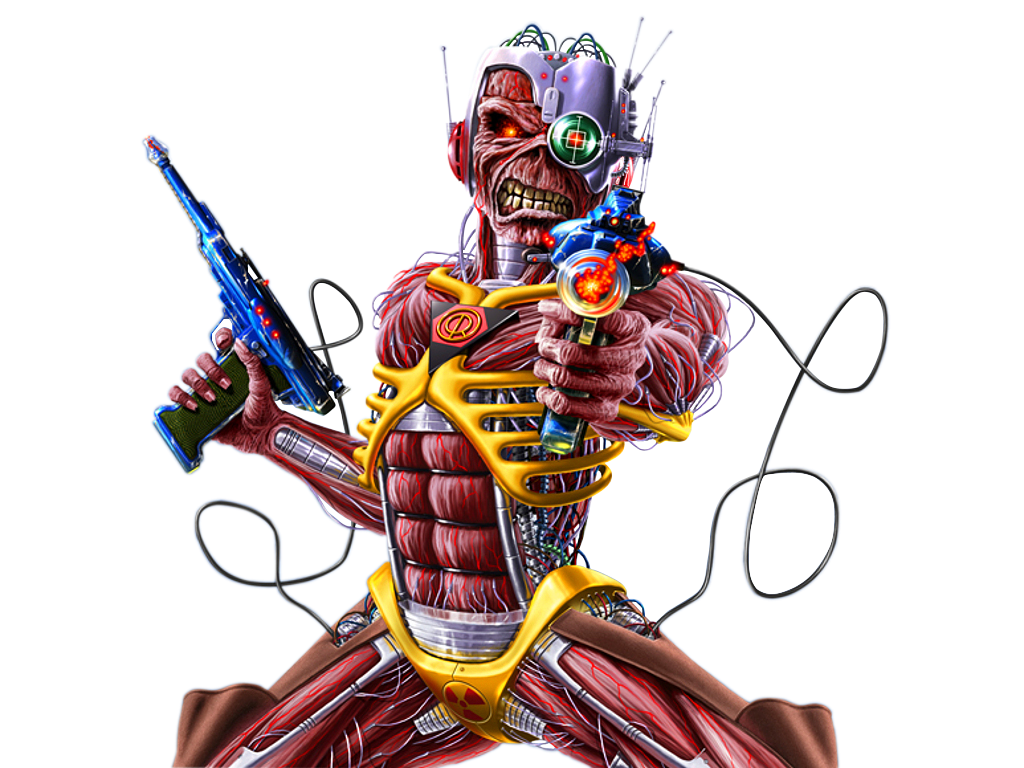 Long ago, before the Metal Wars, the Scientists of the day discovered a way to merge man and machine. Though subsequently used for many reasons, this science today is mostly used only to create fearless, strong, lethal warriors. While some of these Iron-Men result from volunteers, most are created unwillingly, resulting from being kidnapped by the Iron-Men and Mandroids of still-running Robotic Factories (some are stationary, others mobile, vast vehicles on great wheels or treads or flying citadels in the skies). Usually these Iron-Men are from Men of Earth or Gith stock, as the factories were designed to transform the most common two races into Iron-Men. Some races cannot be transformed, such as the Men of Wyld or Fey, whose bodies reject the metal implants (killing them in the process).

Survivors, in any case, are transformed, losing any special abilities they formerly possessed (psychic powers and mental mutations are lost; physical mutations are “excised” as non-standard to the required unit). 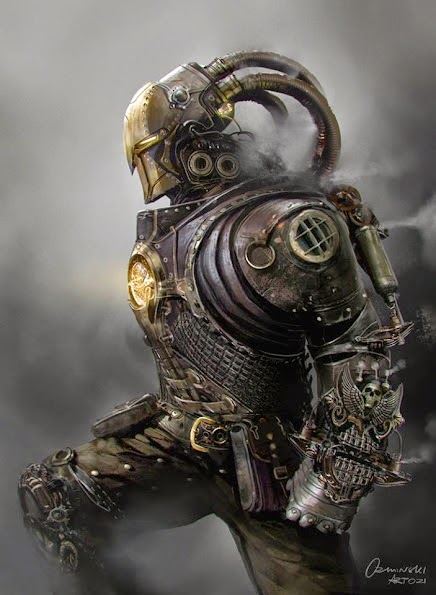 Their minds are implanted with cybernetic neural implants that enable their flesh-bodies to communicate with the metal portions of their bodies. In the process, they gain immunity to all forms of natural, magical, or psychic fear. They also gain a +2 bonus versus any other effect (magical or psychic) that tries to affect their mind, especially but not limited to sleep, charm, and hold spells and psychic effects.

Their eyes are replaced by bionic eyes; these look like normal eyes for their race, but give the Iron-Man 60’ Infravision (glowing red when their Infravision is active). Their skull is also reinforced with advanced metals, giving their head an Armor Class equivalent to a great helm (ACB -6/+6).

The Iron-Men have cybernetic reinforcements inserted into their musculature and along their skeletal structure; this is for mounting further attachments onto the Iron-Man. This reinforcement also provides the Iron-Man with a pool of 25 structure points. When the Iron-Man suffers damage, he can split it in any way he wishes between his regular hit points and these structure points (this pool cannot fall to less than 0). Structure points cannot heal naturally or be healed by magic, only repaired by a scientist/mechanic or robotic factory.

At 1st level an Iron-Man can choose two of the following additional upgrades: 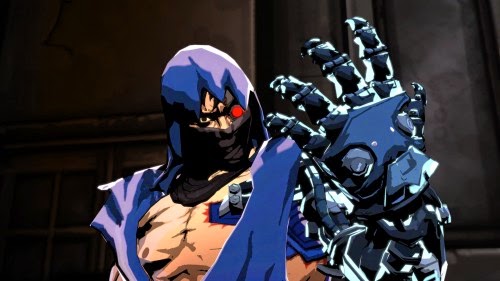 Cybernetic Arm: An Iron-Man with this ability has had one of his arms replaced by a mechanical equivalent. This adds +1 to his Strength (or increases his Strength to the lowest point of the next highest category if he has Exceptional Strength). This ability may be taken twice (once for each limb replaced).

Fingerblades: The Iron-Man’s hands are implanted with retractable razors. He is able to attack twice per round, once with each hand, doing 1d6 damage (plus Strength bonus) per hand. The Iron-Man can also combine a single off-hand fingerblade attack with a melee attack, though in this case both attacks suffer a -2 penalty to hit.

Light Armor: Further reinforcement to chest, arms, and legs provides the Iron-Man with an ACB -2/+2; if they wear armor of greater protection than this, the reinforcement provides them with a -1/+1 bonus to their AC.

Suturepede: The suturepede is a bio-mechanical centipede-like creature surgically implanted within the Iron-Man’s body. When he falls to or below 0 hit points, the suturepede exits through a wound and grafts itself to the injuries, using its legs as sutures if necessary. This immediately restores 3d8 hit points. The suturepede dies and falls off within 1d4 days of use, and the character must visit a scientist, mechanic, or mechanized factory to have a replacement suturepede implanted.

Targeting Reticule: One of the Iron-Man’s bionic eyes has been upgraded to include an improved targeting lens in a cylindrical black housing. He now has a +2 bonus to hit with lasers, guns, and other techno-missile weapons, and detects secret doors on a roll of 1-3 on 1d6. Only one eye may be replaced with a targeting reticule – two reticules would only cause migraine headaches with no improvement in accuracy. 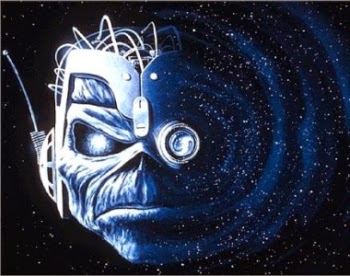 Iron-Men have the ability to assimilate another cybernetic upgrade every odd level (3rd, 5th, 7th, etc.) with no danger to their mental state. While they can take on other upgrades, each upgrade beyond their allotted safe number has a chance of driving them insane… and afterwards, if they successfully maintain their sanity, they have a chance to lose it temporarily when exposed to extreme stress. Upgrades are available through friendly scientists, mechanics, and robotic factories.

Iron-Men, due to their cybernetic neural implant can never learn to use spells or psychic powers. Iron-Men are limited to taking the Fighter, Champion (i.e., Paladin), and Ranger classes. They are unlimited in advancement in Fighter, limited to 8th level as a Champion, and 7th level as a Ranger. Due to the programming in their neural implant, they can take proficiency in techno-weapons at 1st level. If they have access to a friendly or allied robotic factory, they can switch out any of their weapon proficiencies through re-programming.

The neural implant also enables robotic factories as well as scientists and even some mechanics to take over the mind of the Iron-Man. The Iron-Man’s bonus to save does not apply to this kind of super-science based mind control… a reason why even allies of the Iron-Men never quite fully trust them.

Note: I am using the Scientist class from Henchman Abuse, with some modifications.