And the last of the maps of Kvin Mondöj for a while, the Regions map. In most cases, these are broad regions, more or less united by geography, history, race/ethnicity, politics, trade, or what have you, even if it is the neighboring folks saying "this area has a lot in common" and thus giving the region a name.

The only true kingdoms shown on the map are the Empire Satanicum, the Sultanate of Shamharoosh, and the Tyranny of Achariyth. Most of the savage tribes of Utgard fall under the dominion of Thule; Mercadia considers all of the petty domains of Vulkodlak their personal playthings; and Ahrihann is loosely united in a confederacy against Shamharoosh (save, of course, for the Ghouls of Pnath) under the leadership of the Padishah of Akem Manah. Similarly the King of Rammstein holds the fealty of many of the lords and chieftains of Galaroth, while the Governor of Mount Salem is counted as the "First Among Equals" by the Governors and Mayors of Eternia (the Old Blood Nobles, of course, being generally inimical to all of the upstart Republics of the region).

More on the Regions, Locations, and Geography another time... 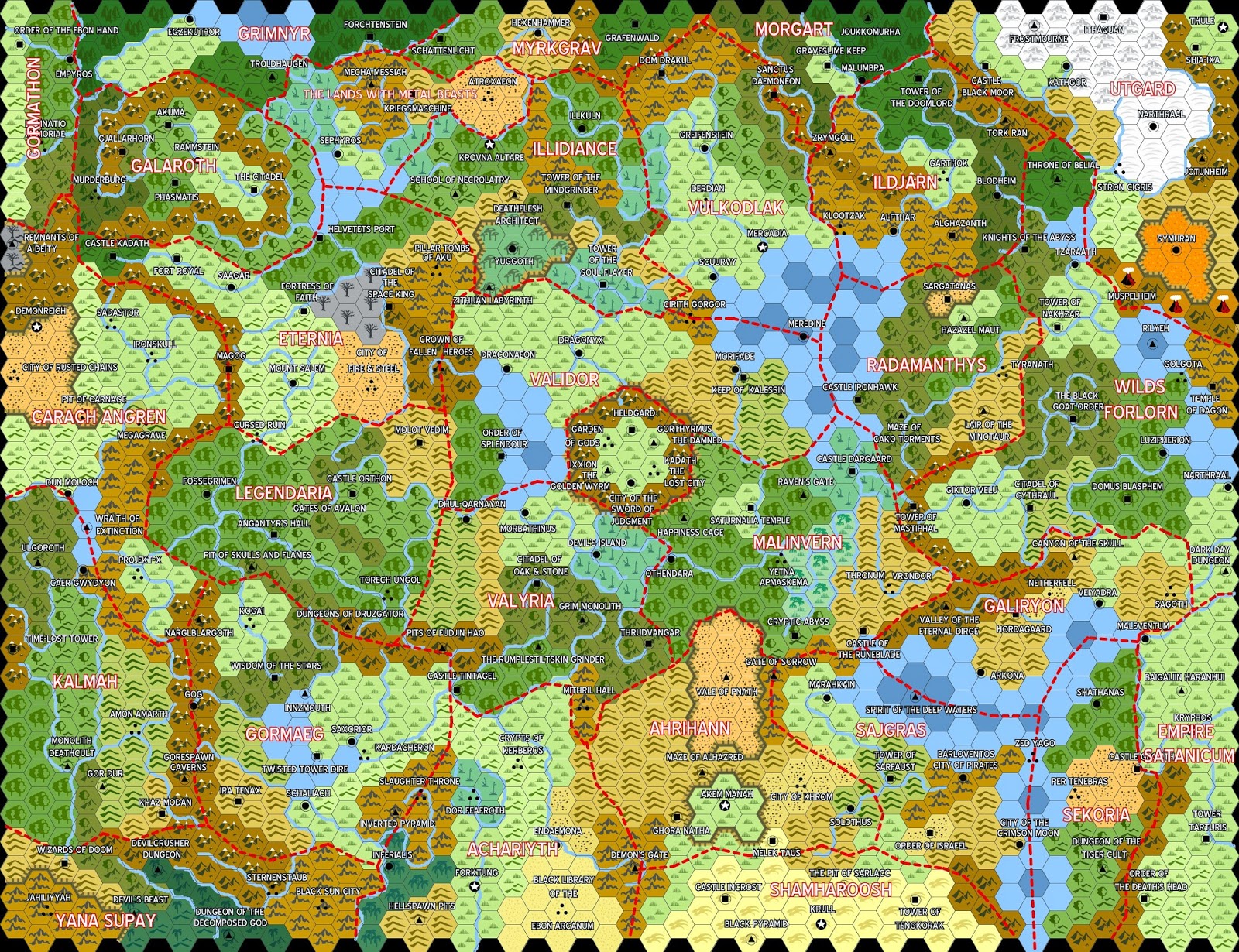 Click to embiggen
Posted by James Mishler at 4:30 AM