Here is the locations map for the world of Kvin Mondöj.

Stars in circles are Metropoli -- these cities are huge, often with many "modern," or even futuristic or techno-magical, structures, factories, universities, etc. All are also heavily walled and guarded, and often control or heavily patrol a great deal of territory in the nearby area. Metropoli are usually quite cosmopolitan, and are often ruled by a number of widely divergent factions, though some are ruled with an iron fist by a single tyrant or oligarchy.

Circles in circles are Cities -- most of these are more medieval or renaissance in form and organization, and though cosmopolitan, they are usually dominated by a single cultural or racial majority. While most of the residents are medieval or renaissance, the powers-that-be will have access to higher levels of technology and magic. Note that these are not all the cities in the region, only the major, important cities.

Squares in circles are major Castles, Citadels, Towers, or Fortresses. These are usually independent from nearby cities, though some may be allied. There are MANY more of these in the region; these are just the very important ones.

Triangles in circles are Strange Locations, Lairs, Mega-Dungeons, and other Points of Interest. Again, just the major ones that folk elsewhere on the map may have heard of in legend and song.

Three dots in a triangle pattern are Ruins -- major ruins, usually of cities, though also of other important locations. While other sites are also often ruins, these are sites notable as ruins in and of themselves, regardless of the creatures that may lair therein... 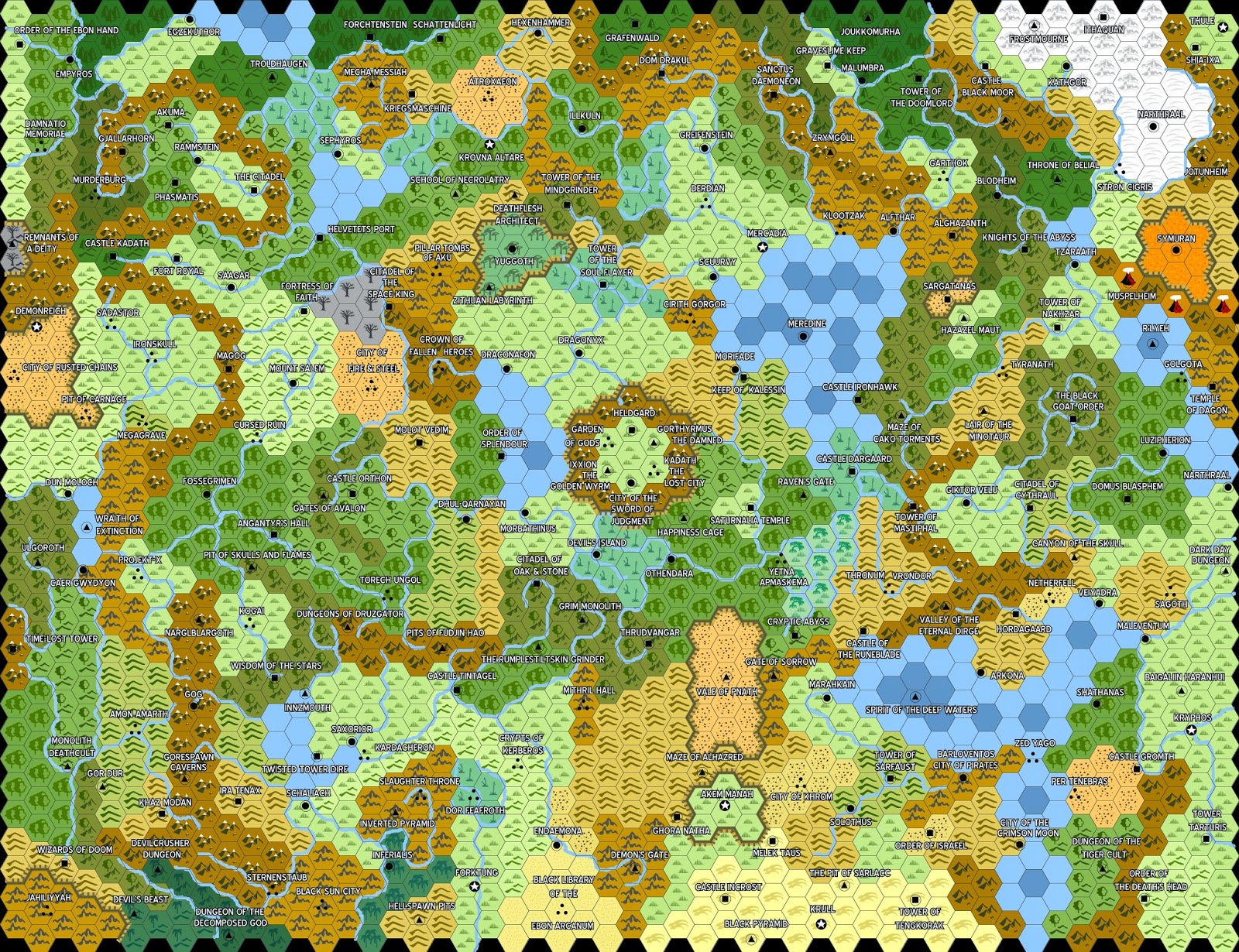 As usual, click to embiggen.
Posted by James Mishler at 4:50 AM