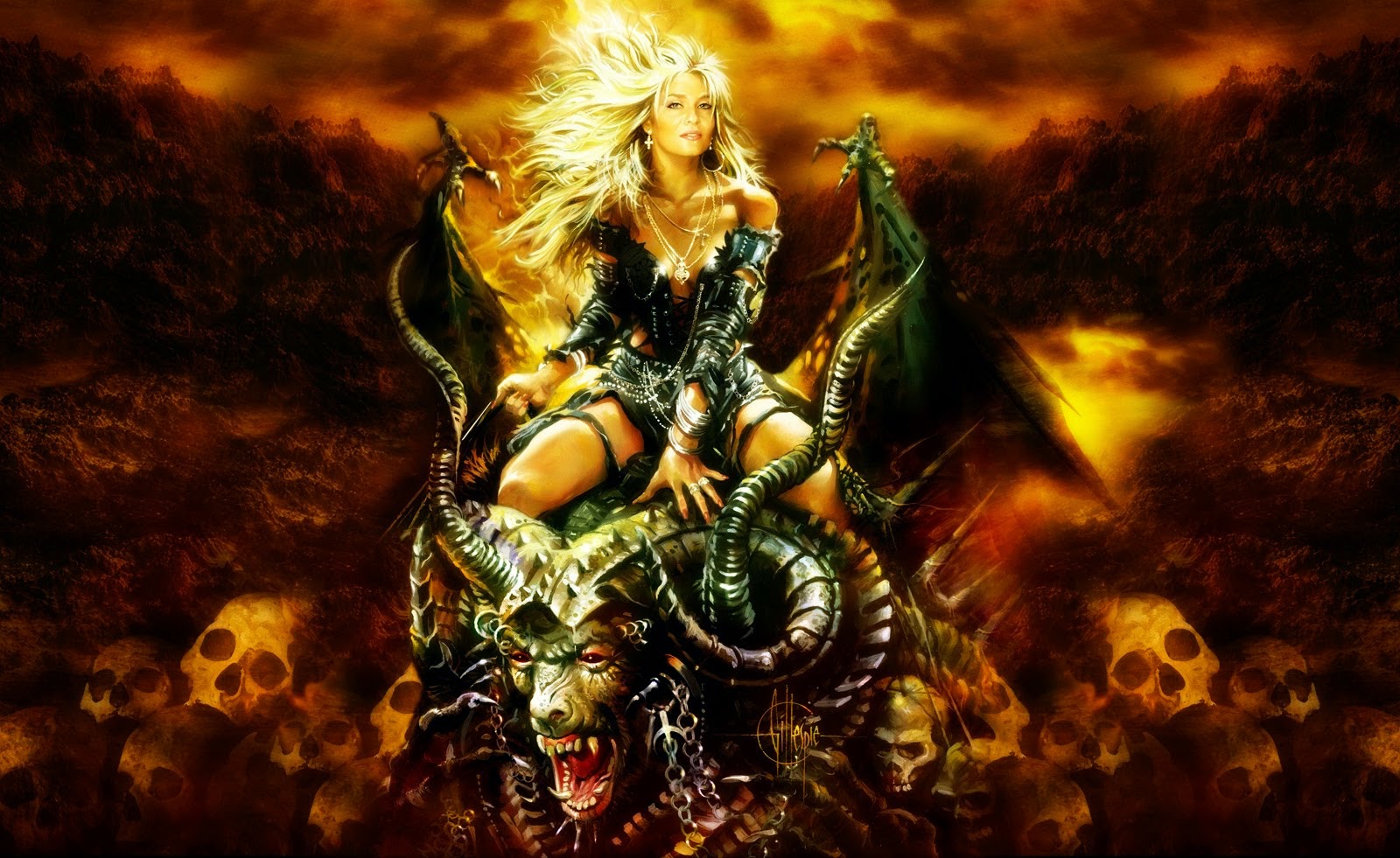 The Metal Queen is one of the major goddesses of the pantheon of the Metal Gods. Though she cooperates with most of the other Metal Gods, she also goes her own way; too many of the temples of the Metal Gods are patriarchal for her liking, and so she maintains her own separate but allied faith. 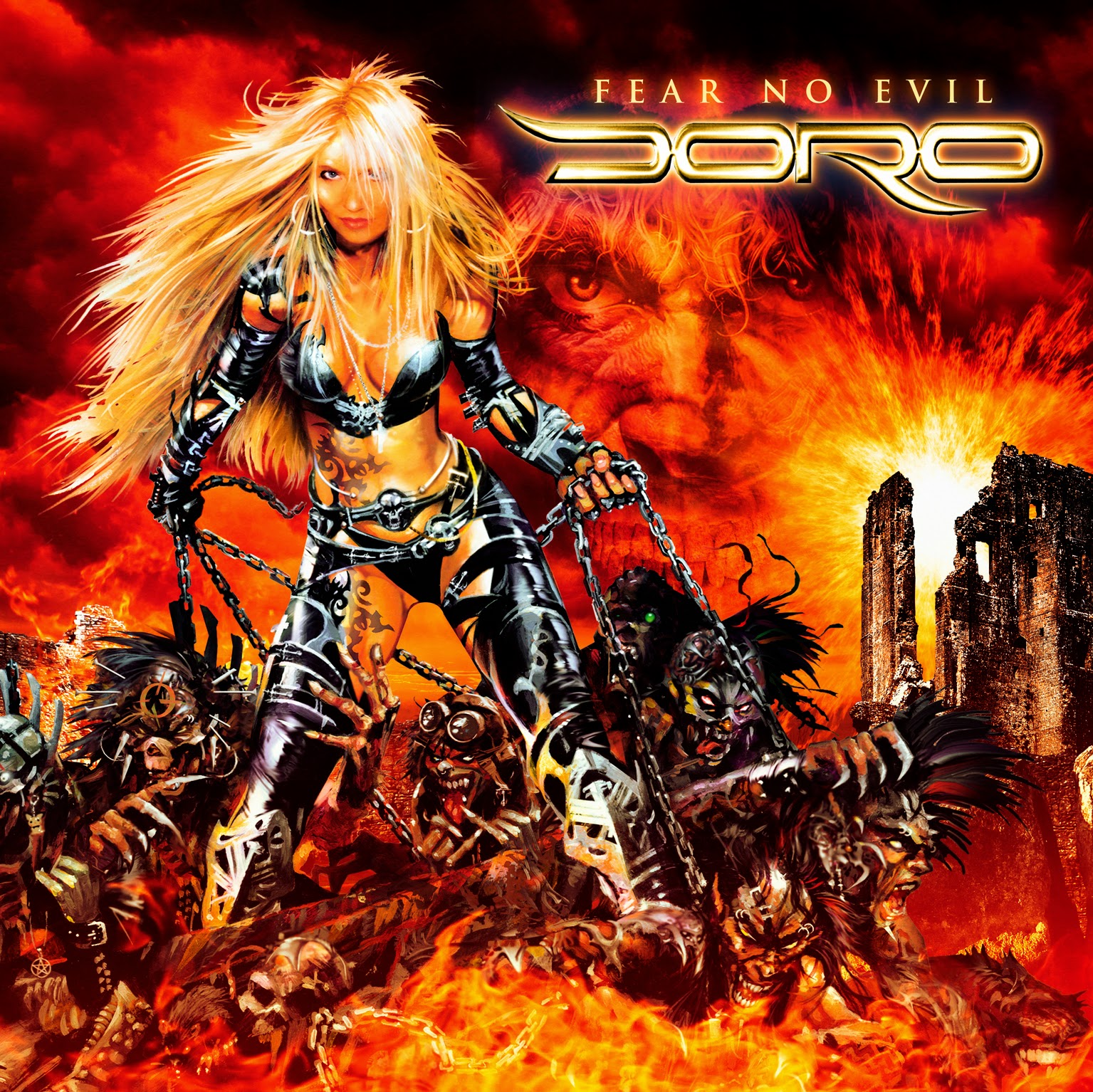 The Metal Queen usually takes the form of a human female with long flowing blond hair, blue-eyes, and pale skin, of average height though buxom and with a muscular build. She wears black leather with chrome metal studding and many necklaces, bracelets, rings, and earrings of silver, chrome, and gold. The leather often covers less than it reveals, though her boots usually go up to her thighs, and sometimes she wears battered bits of iron armor. She sometimes wears an iron crown, with tiny swords for tines and set with silver skulls and chrome crosses, but she does so only when emphasizing her deific power.

She often rides a tamed balrog, an iron and chrome chariot drawn by six balrogs, or is otherwise accompanied with enslaved demons that she keeps leashed on iron chains. When she enters combat personally, she wields a silver long sword (when in her warrior aspect) or a crooked rod (in her witch aspect) that combines the effects of a staff of wizardry, a rod of lordly might, and a wand of wonder. 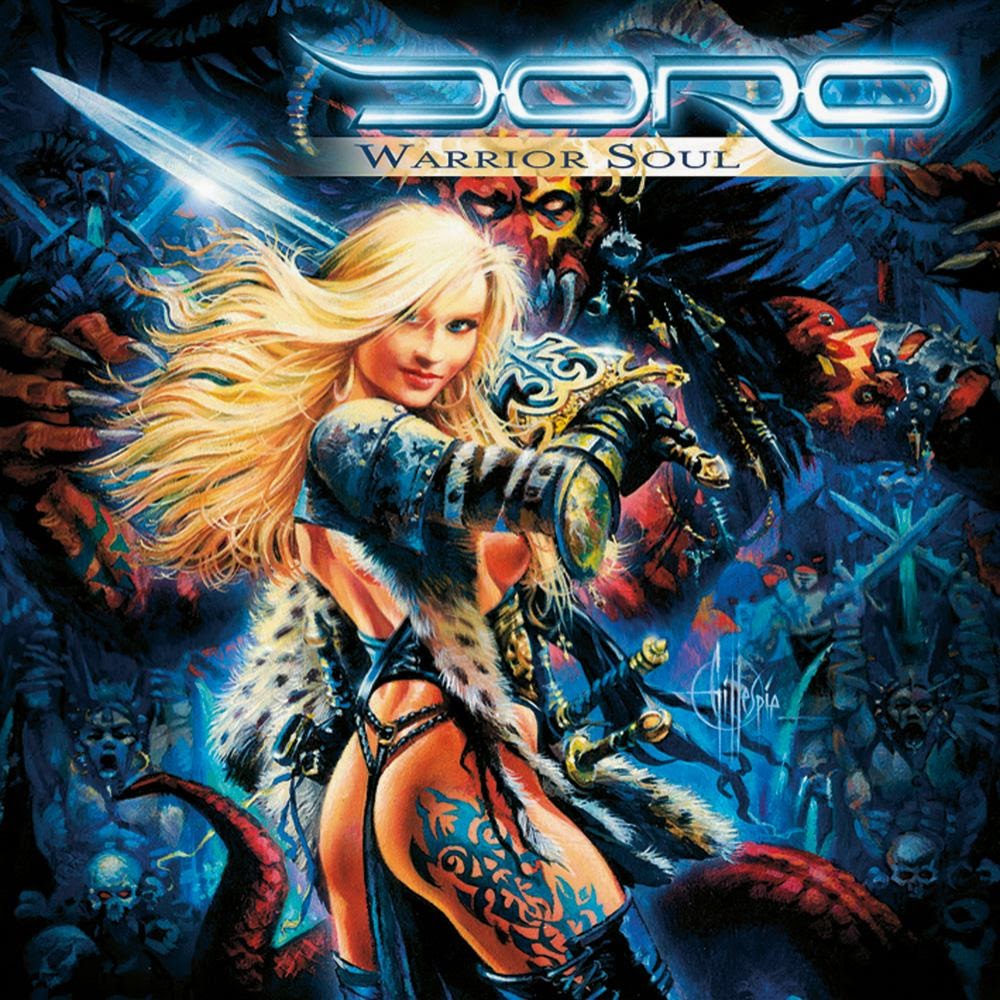 Like the other Metal Gods, she is Chaotic Neutral, though with a stronger streak toward Good than most others of the pantheon (save perhaps Judas the Redeemer). She is a patroness of power, glory, freedom, and love, untamed and wild, believing that people need to be free to enjoy life without boundaries… though darker desires need be held in check, lest one harm others (who are not willing to be harmed). She is often called upon by lovers who are oppressed by their families; women seeking freedom from patriarchy; and warlocks and witches who wish to be free from the oppressive powers-that-be.

She is also known as the Tamer of Demons and the Mother of Witches (and Mother of Warlocks). She is served both by her temples and by covens of warlocks and witches of Goodly and Neutral (though certainly Chaotic) sort. Many of her temples work with Rangers to keep the wilds clear of Evil, but help them remain otherwise wild and untamed. Her temples and shrines are found in wild, beautiful places, even in the crumbling ruins of cities and wastelands. 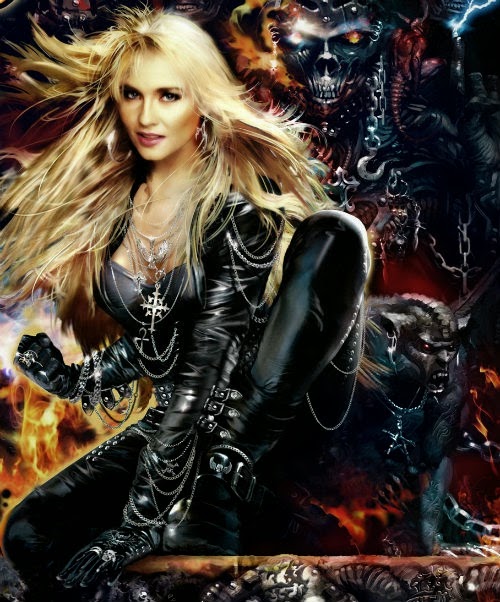 The Metal Queen is among the few Metal Gods who made inroads among the Grimnyr millennia ago, and her shrines are found there interspersed with those of the Aesir and Vanir. Her worshippers are found wherever the Metal Gods and the Gods of the North are found; she is most popular in Myrkgrav (where hers is the primary faith), Morgart, Galaroth, and Valyria, as well as among the Grimnyr.

Her clergy, warlocks, and witches can only wear leather or studded leather armor, but they can wield swords with full proficiency. Her clergy also have access to one otherwise limited arcane spell of each level, and her warlocks and witches have access to one otherwise limited divine spell of each level, in both cases chosen when they attain the appropriate level.

Her chief enforcer among her covens is said to be a mysterious warlock, known simply as The Warlock, with platinum-blond hair and piercing blue eyes, a Mannish-Gith or a Gith-Blooded Man, who is hidden by shadows and mists, visible only to those who have betrayed her or most pleased her... 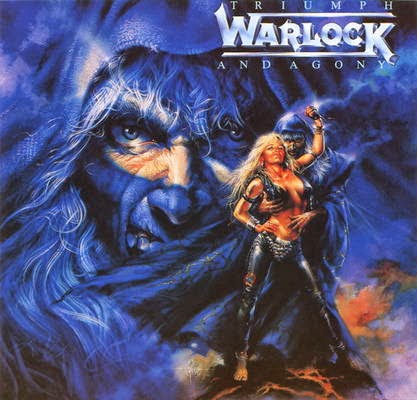 Posted by James Mishler at 4:15 AM