I changed the druid listing, for various reasons; that is the major change to the existing tables: 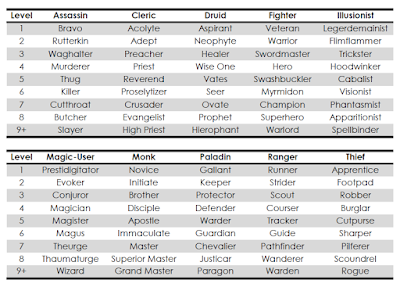 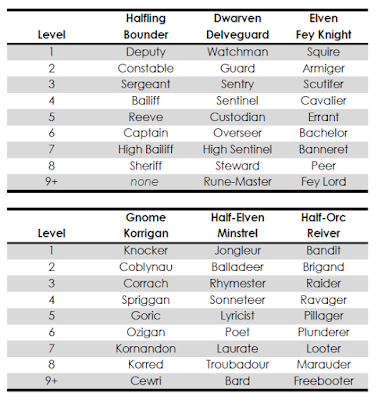 All six are going to be released in a product through James Mishler Games once I finish it... hopefully sooner than later. A preview will be forthcoming later this week.