HIT POINTS IN LEGENDARIA
Player characters and prominent heroes and villains have a bonus at 1st level to their Hit Points equal to the average of their Strength, Dexterity, and Constitution scores, rounded up; this is known as the Base Hit Points. To this add the Hit Die roll and any Constitution modifier, as appropriate, at 1st level and above.
Whenever a character suffers damage such that their total Hit Points are reduced to less than their Base Hit Points, they must make a saving throw versus Death. Failure indicates that they are Wounded, and suffer a -2 To Hit, to Saving Throws, and to all Ability Checks (-10% to all Skill Checks). Characters who are Wounded also move at one movement rate slower than their normal rate (if this reduces movement to less than 30’ (10’) they may only stagger or crawl 5’ per round). Success on the saving throw indicates the character is merely Stunned for 1 round.
A Stunned character cannot take any action (attack, move, cast a spell, use a psychic ability or mutation, use a class skill, etc.), loses Dexterity and Shield bonuses to Armor Class, has a 50% chance to drop anything held in hand, a 50% chance of falling Prone each round, and suffers a -4 penalty to saving throws. Any creature attacking a Stunned character gets a +2 bonus to hit (+4 total if the character is Stunned and Prone).
A Wounded character who suffers further Hit Point damage while their total Hit Points are less than their Base Hit Points and fails their saving throw versus Death falls Unconscious. Success means the character is merely Stunned for 1d3 rounds.
Fighters and certain Race classes that have the Stamina ability (such as Dwarves) may be Wounded a second time if they fail against damage rather than fall Unconscious (see above). The character then suffers a Severe Wound, and the character suffers a total of -4 penalty To Hit, to Saving Throws, and to all Ability Checks (-20% to all Skill Checks). Severely Wounded characters suffer a +2 penalty to their Armor Class. Severely Wounded characters also move at two movement rates lower than their normal rate. A Severely Wounded character who is damaged again and fails their save falls Unconscious, as per Wounded, above.
Any character or creature who falls to 0 Hit Points immediately falls Unconscious; however, if the attacker who dealt the damage that reduced the character or creature to 0 Hit Points is purposefully attacking to kill, the character or creature is Dead. 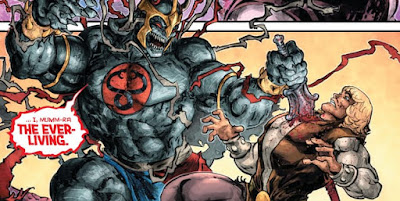 HEALING
Wounded and Severely Wounded status remains until the character is healed to equal or greater Hit Points than their Base Hit Points. This may be ameliorated through performance of surgery by a Physician.
Natural healing of Hit Points usually requires rest in a comfortable and safe location with access to food and drink. A settlement or fortress with minimal comfort, food, and water allows for 1d3 Hit Points to be healed per day of rest. Characters with Stamina add their Constitution bonus to the roll.
Rangers and others with the Survival Skill in appropriate wilderness areas may attempt to use that skill to build a shelter and find food and water such that characters can heal 1 hit point per day of rest; otherwise no natural healing can occur in the wilderness.
A prisoner in a donjon with only bread and water heals only if they have Stamina, and then a number of points per day equal to their Constitution bonus.
Ability Damage heals at a rate of 1 point per day, once the character is healed to full Hit Points.
A Physician may increase natural healing through the application of their medical skills. Other methods of healing include Clerics with cure wounds spells; potions of healing; healing devices and medicines of Futuristic and Super-Science technologies; magical pools of healing; and the like.
Posted by James Mishler at 6:03 PM