Heroes dedicated to the forces of Law, when not on lonely quests, invariably work together as a team. Their training, camaraderie, and dedication to each other and their cause grant them bonuses in any endeavor they engage in while working as a team. 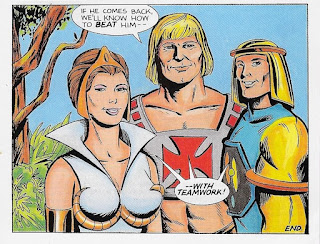 FORMING A TEAM
In order to form a team, a group must:
1) Consist of at least 50% + 1 characters of Lawful alignment, with the balance at worst being Neutral; followers of Chaos lack the empathy and do not have the ability to subvert their own individual lust for power, self-aggrandizement, and personal gain that is necessary to be part of a team. If a team no longer primarily consists of Lawfuls, and/or if one or more Chaotics manage to infiltrate the team and cause dissent, the team is DIVIDED.
2) Have a base of operations where they can gather together for training, recuperation, and recreation (and preferably, all live together). If the team’s base of operations is destroyed, the team is UNSUPPORTED.
3) Be dedicated to a common cause of Lawful sort, such as “Defense of Castle Blackhawk and the Kingdom of Greymoor,” “Strive toward the Freedom of our Native World,” “Protect Civilization and Innocents from the Depredations of Chaos,” or “Ensure the freedom and prosperity of all goodly peoples.” It does not even have to be a cause that is even possible under current circumstances; but as long as all members believe in that cause, and dedicate themselves together toward that cause, the cause qualifies. If more than half of the team no longer believes in their cause, the team is PURPOSELESS.
4) They must train together! They must train together a LOT! At least half of all “downtime” must be spent in training together. Not necessarily as a whole group; training in twos and threes works just fine, as long as the whole group trains together over time. If the team is not well trained together, they are UNPREPARED.
5) There must be a hierarchy, as teams must be organized to be a team; otherwise it is just a mob. There has to be a leader, and depending on the size of the team, lieutenants or captains, each leading their own distinct sub-group of the team. Primary requirements of a leader are Charisma, Wisdom, and Intelligence, even moreso than any physical martial abilities. If the leader is incompetent, has otherwise lost the respect of her team, or the hierarchy is otherwise completely compromised (leader and all team sub-leaders captured or otherwise unable to lead), the team is LEADERLESS.
A team with all five of the above conditions has TEAM COHESION and accrues team benefits as below. A team can survive one or two of the five states of loss of its organization – Divided, Unsupported, Purposeless, Unready, and Leaderless – and still remain a team, though UNSTEADY. If three or four of the states of loss exist, the team is considered UNREADY, and cannot use any of the team benefits until the issues are dealt with. If all five of the states of loss exist, the team is effectively DISBANDED, in fact if not in name.
The only way to RECONSTITUTE a team after it has Disbanded is for a core cadre of Lawful members to gather together at a base, rededicate themselves to the cause, train together, and form a new hierarchy. After all of the five conditions obtain once again, the team can be reunited, the new core cadre bringing in new and old members to work together as a team.
A new team or a reconstituted team must operate together for no less than three Intervals (see below) before the team fully gains Cohesion and team benefits become available.
Episodes and Intervals: An Episode is a complete “adventure,” or a discrete portion of an adventure (for multi-Episode runs). An Interval is discrete segment of time during an Episode during which a discrete event occurs, such as a battle, dealing with an NPC, crossing a rickety bridge, a respite, etc. (i.e., an “encounter.”) 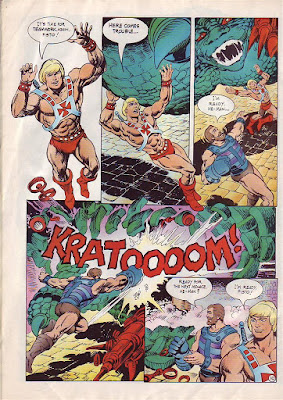 TEAM BENEFITS
If a team has Cohesion, they gain the following benefits; if they are Unsteady, they lose the listed benefit(s).
1) All teammates have a +2 bonus to save against fear, natural or magical, as they are surrounded/supported by their teammates. This benefit does not accrue if the team is DIVIDED.
2) All henchmen/hirelings of the teammates have a +1 bonus to Morale. This benefit does not accrue if the team is UNSUPPORTED.
3) All teammates who are within 5 feet of one another use the best base saving throw of those adjacent to them when hit by an area-effect spell. For example, a 12th level teammate is flanked to either side by 3rd level teammates; if all three are hit by a fireball, all three use the 12th level teammate’s saving throw against Spells to determine damage. This benefit does not accrue if the team is PURPOSELESS.
4) A teammate within 5 feet of another teammate who has been hit by a melee, thrown, or missile attack can switch places with the teammate who was hit, after the hit is rolled but before damage is rolled. Regardless of armor class or any other protection, the teammate who is taking the hit is always still hit and suffers the damage from the attack. This benefit does not accrue if the team is UNPREPARED.
5) Most importantly, a team can take time to consider their actions and develop strategies they can best employ as a team against their enemies, even if already in the midst of combat or action. Normally, in combat or during other action, a Judge might limit conversation and the passing to-and-fro of ideas, even penalizing such depending on the circumstances. However, with a well-oiled team, these kinds of things are considered to have been worked out before hand, during training (“Plan Alpha-Seven GO!”), even though they obviously were not. So, the Judge is to give the team plenty of leeway in table talk about forming a plan, even within a period of a few rounds, and not worry about table talk, save for any specific information that one member might have that the others could not possibly have known (revealing such is still off limits without some form of proper communication). This benefit does not accrue if the team is LEADERLESS.
Note that there are certain race and class abilities that are also useful in team situations; these are covered in their respective race and class descriptions. 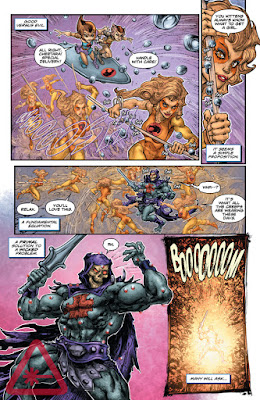 TEAMWORK POINTS
At the beginning of each Episode, each teammate gains a pool of TEAMWORK POINTS (tally on a sheet, use poker chips, etc.) that they can use in several ways. A 1st level character has one, a 4th level character has two, 8th level three, 12th level four, 16th level five, and 20th level six. This number is reduced by one for each team requirement that is not currently met by the team (to a minimum of zero).
The basic rule of Teamwork Points is that if you use your teamwork points for the benefit of your own character, you lose them, but if you give them to a teammate they can replenish after an Interval.