MENTAL STRENGTH IN LEGENDARIA
A new stat used in LEGENDARIA is Mental Strength. Mental Strength (MS) works like Hit Points, however, whereas Hit Points represent the general physical health of a creature, Mental Strength represents the mental, psychic, and spiritual health of a creature.
Most monsters generally have a number of MS points based on their Hit Dice (Mental Strength Dice); monsters that are noted as being stronger mentally than physically might have a larger pool of MS points, and vice versa. For example, sprites have merely 1d4 Hit Points, but being faeries, have a much stronger presence than their physical form represents, and so have 2d8 MS points. A normal human with 1d4 HP has merely 1d4 MS. Dragons that cannot speak have a number of MS points equal to their Hit Dice in d4s, while spell-casting dragons roll a d8 per Hit Die for MS (and prominent enemy and ally dragons gain a Base Mental Strength as below).
Player characters and prominent enemies and allies have a bonus at 1st level to their Mental Strength equal to the average of their Intelligence, Wisdom, and Charisma scores, rounded up; this is known as the Base Mental Strength. To this add the Mental Strength Die roll and any Charisma modifier, as appropriate, at 1st level and above.
Clerics have a d6 for their Mental Strength Die (MSD) type; Fighters a d4; Thieves a d6; and Magic-users have a d8.
Various monstrous attacks, spells, psychic attacks, and certain weapons of super-science deal Mental Strength damage, rather than Hit Point damage, thus weakening the willpower, spirit, and lucidity of the target.
In LEGENDARIA, Undead attacks that normally deal level-draining instead drain Mental Strength in addition to any Hit Point damage. These attacks are particularly dangerous, as the MS damage dealt does not return until the Undead who dealt the damage is defeated or destroyed, as the Undead has literally stolen a part of the victim’s soul! 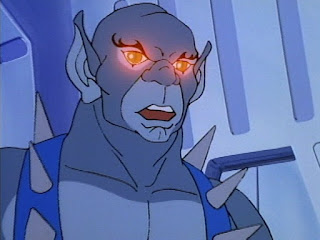 Whenever a character suffers damage such that their total MS points are reduced to less than their Base Mental Strength, they must make a saving throw versus Spells. Failure indicates that they are Addled, and suffer a -2 To Hit, to Saving Throws, and to all Ability Checks (-10% to all Skill Checks). Success on the saving throw indicates the character is merely Stunned for 1 round.
A Stunned character cannot take any action (attack, move, cast a spell, use a psychic ability or mutation, use a class skill, etc.), loses Dexterity and Shield bonuses to Armor Class, has a 50% chance to drop anything held in hand, a 50% chance of falling Prone each round, and suffers a -4 penalty to saving throws. Any creature attacking a Stunned character gets a +2 bonus to hit (+4 total if the character is Stunned and Prone).
An Addled character who suffers further Mental Strength damage while their total Mental Strength points are less than their Base Mental Strength and fails their saving throw versus Spells is Stupefied. Success means the character is merely Stunned for 1d3 rounds.
Magic-users and certain Race classes that have the Willpower ability (such as Elves and Psychic Mutants) may be Addled a second time if they fail against damage rather than become Stupefied (see above). The character instead becomes Befuddled, and the character suffers a total of -4 penalty To Hit, to Saving Throws, and to all Ability Checks (-20% to all Skill Checks). Befuddled characters suffer a +2 penalty to their Armor Class. Characters who are Befuddled also move at one movement rate slower than their normal rate (if this reduces movement to less than 30’ (10’) they may only stagger or crawl 5’ per round). A Befuddled character who is damaged again and fails their save is Stupefied, as per Addled, above. Success means the character is merely Stunned for 1d3 rounds.
Any character or creature who falls to 0 Mental Strength points immediately becomes Stupefied; however, if the attacker who dealt the damage that reduced the character or creature to 0 Mental Strength drains Mental Strength rather than dealing Psychic Damage (i.e., Undead), the character or creature is Brain Dead (i.e., reduced to a vegetative state).
Note: Some characters are able to expend Mental Strength to cast spells or activate psychic abilities. Use of Mental Strength points in this way can cause the character to become Addled, Befuddled, or even Stupefied, as normal, however, the character gains a +4 bonus to the saving throws against these effects. Use of Mental Strength points in this way does not count as draining of Mental Strength points.
STUPEFIED CREATURES
Immediately upon becoming Stupefied, a creature must make a saving throw versus Death; failure indicates that the creature is rendered Unconscious for 1d6 rounds. Success indicates that the creature is merely Stunned for 1d6 rounds. Thereafter, the creature is no longer Unconscious or Stunned, and instead is merely Stupefied. Stupefied creatures are not unconscious, but then they are not really conscious, either; they are stuck in between, in an insensate state.
Stupefied creatures suffer all the effects of Befuddlement, above, with the following additions. First, and most importantly, a Stupefied creature subjected to any sort of mind-affecting spell, psychic attack/ability, or super-science mind effect automatically fails their saving throw.
Second, Characters who are Stupefied also move at two movement rates slower than their normal rate.
Third, any creature with a Charisma of 13 or better that can also speak a common language with the Stupefied creature can make a suggestion, as per the spell; against this effect the Stupefied creature gains a saving throw versus Spells, though with the usual Befuddled penalty of -4.
Finally, Stupefied creatures that are not tended to or otherwise fall under the mental influence of another within one turn (10 minutes) of their Stupefaction must make a saving throw versus Spells every turn (10 minutes); failure indicates the creature has become Confused, as per the spell, acting in such a fashion until it falls Unconscious or has its Stupefaction ended. If the attacking creature’s group or attacked creature’s group effects do not apply, the creature manages to damage itself for 1d6 points of Hit Point damage. 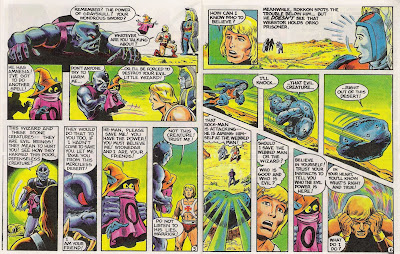 AMNESIA: If a creature is reduced from a total number of Mental Strength points equal to or greater than its Base Mental Strength all the way to 0 Mental Strength in one attack/effect, in addition to Stupefaction, after ending its Unconscious or Stunned state, it must make another saving throw versus Spells. Failure indicates that the creature suffers from Amnesia, and does not remember its name, friends, enemies, or personal history, nor does it recall its class, profession, or other abilities.
Every time the Amnesiac creature encounters an ally, enemy, or other important creature or location, it may make another saving throw versus Spells to end the amnesia. Otherwise, it is highly susceptible to suggestion, as per Stupefaction, and does not even gain a saving throw against a simple suggestion put to it by a charismatic creature, naively believing whatever is said!
If an Amnesiac is forced to do something against his alignment, such as attack innocents or Teammates, the creature immediately gains a saving throw with a bonus of +4 to the save to end the Amnesia.
An Amnesiac who does not make a saving throw to regain their memory after the first week thereafter only gains one saving throw per day, regardless of incidents; if they do not make a save after one month, they only gain a save once per week; and if they do not make a saving throw after three months, the Amnesia is permanent, barring magical, psychic, or super-science intervention.
HEALING MENTAL STRENGTH
Addled and Befuddled status remains until the character is healed to equal or greater Mental Strength than their Base Mental Strength. Confused and Stupefied status is removed once the creature regains even a single Mental Strength point. Amnesia remains even if Mental Strength is restored to full.

Note that healing of Hit Point damage and Mental Strength damage occurs concurrently (at the same time).
Natural healing of Mental Strength usually requires rest in a comfortable and safe location with access to food and drink. A settlement or fortress with minimal comfort, food, and water allows for 1d3 Mental Strength points to be healed per day of rest. Characters with Willpower add their Charisma bonus to the roll.
Rangers and others with the Survival Skill in appropriate wilderness areas may attempt to use that skill to build a shelter and find food and water such that characters can heal 1 Mental Strength point per day of rest; otherwise no natural healing can occur in the wilderness. A prisoner in a donjon with only bread and water heals only if they have Willpower, and then a number of points per day equal to their Charisma bonus.
Magic-users (and those with Willpower) and Clerics whose current Mental Strength is at last equal to or greater than their Base Mental Strength may use meditation or prayer, respectively, to regain Mental Strength points. For every full hour of meditation or prayer the character makes a saving throw versus Spells; success indicates they gain 1d3 points of Mental Strength plus their Charisma bonus. Failure indicates no points are gained for that hour. Even the most minor interruption wastes all time already spent.
Other methods of healing Mental Strength include Clerics applying cure wounds spells (to heal Mental Strength rather than Hit Points); potions of healing (ditto); Psychics applying psychic healing; healing devices and medicines of Futuristic and Super-Science technologies; magical pools of healing; strange herbs such as Black Lotus (not without its cautions); and the like.
Posted by James Mishler at 1:13 AM