TECHNOLOGY varies from settlement to settlement in LEGENDARIA. The Tech-Levels in order of “advancement” are: Stone-Age Savagery, Neo-Medieval, Modern, Futuristic, and Super Science.

A settlement and its dependencies and colonies will mostly conform to the listed Tech Level, though certain groups and individuals may have access to a significantly higher technology, while lower-class and underclass beings might subsist at a lower Tech Level.
For example, while the Kingdom of Greymoor and the City of Greymoor have a Modern Tech Level, the Royal Family and their associates have limited access to Futuristic and even Super-Science weapons, armor, and tools through their alliance with the Champions of Castle Blackhawk. The citizens of Greymoor City have a solid Modern level of technology, while the village and hamlet-dwellers of the countryside generally have a mix of Neo-Medieval and Modern technology.
In the case of Greymoor, technological devices of Futuristic and Super-Science nature are not generally available for sale, save from the odd adventurer or merchant who has found something in the wilderness. The Royal Family and the Champions of Castle Blackhawk are certainly not going to sell any of their high-tech weapons or devices, though they might trade for an unusual item of interest. 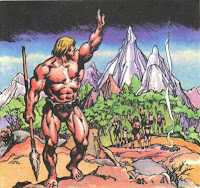 STONE-AGE SAVAGERY includes Neo-Savages who live in post-apocalyptic squalor – the classic shield made of a STOP sign with a mace made of a parking meter.
Typical savage weapons include stone-tipped weapons such as spears, axes, and hammers; missile weapons include short bows and slings. Armor is limited to furs, chitin, bark, bone, wicker, and other natural plant and animal materials. Tools are made of similar materials, while shelters are constructed of wood, furs, large bones (such as mammoth or dinosaur bones), stones, and bricks. 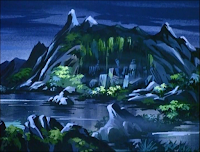 Neo-Savages living in post-apocalyptic regions scrounge tattered remnants of old higher-tech items to create makeshift weapons and armor, such as saw blades, parking meters, plastic tubes, glass shards, and other detritus; while armor can be stitched together from old sports gear, rubber tires, signs, appliances, and other flotsam of the ruins. Tools are made of similar materials, while shelters are constructed of large chunks of ruined buildings (stones, bricks, large sheet metal, old I-beams) and disabled vehicles.
NEO-MEDIEVAL includes Renaissance, so is highly variable; some settlements have black-powder weapons, others do not. The vast majority of Legendarians live in Neo-Medieval towns, villages, and hamlets, rarely seeing and never owning any sort of advanced technology. 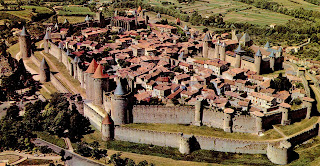 The primary common philosophy of the day is similar to the beliefs of the Luddites. Most folk do not trust technology, as it too readily fails; is expensive in time and resources to maintain when far simpler technology suffices; and causes all manners of dislocations in society. That said, Neo-Medieval folk are generally not ignorant; their knowledge of science and medicine is generally as good as Modern settlements, they simply reject most higher forms of technology.
Most simple melee, thrown, and missiles weapons are of the Neo-Medieval sort – swords, maces, throwing axes, crossbows, etc. Neo-Medieval versions of Savage weapons such as spears, slings, axes, and such, are of superior quality, made of iron or steel, and so forth, and so are qualitatively better in most ways than stone-tipped spears, axes, and hammers.
Buildings are made of wood frames with wattle-and-daub walls, thatched roofs, or in the case of the wealthy, fired bricks or dressed stone. Land vehicles include carts, wagons, and carriages; drawn by horses or similar creatures. Water vehicles include sailing boats and ships. Air vehicles at best include rudimentary balloons and gliders, often backward-engineered from Modern vehicles.
MODERN covers Steam to Interplanetary; a handful of locales on the planet (and none in the starting campaign region) have access to this technology. Most of these are decadent tyrannies ruled by depraved despots. 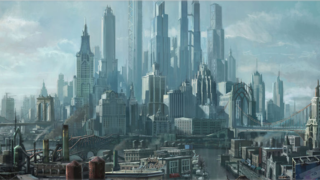 Modern weapons include slug-throwing pistols, rifles, shotguns, and grenades, as well as primitive tanks, propeller and jet airplanes, and missiles. Primitive and messy nuclear weapons are counted among these but are very rare.
FUTURISTIC covers Interstellar – think Star Wars/Star Trek. The Lords of Legend and the Banemasters have access to this level of technology, though only the leaders and greatest heroes and villains are able to command its regular use. Most of the minions of the Banemasters are robots (non-sophont “dumb-bots”), sometimes led by Robosophonts (usually unique creations at the Futuristic level). Ruins and relics of Futuristic sort are strewn across the wilderness amidst ancient and recent ruins. Ruins typically consist of twisted hulks of steel frames and melted or shattered glass, reinforced concrete and simple ceramic structures.

SUPER-SCIENCE is everything beyond Futuristic, including Intergalactic/Interdimensional/Time Travel, etc., in which science and magic are all but indistinguishable even to a Futuristic scientist. The ruins and artifacts of Super-Science level civilizations can be found in the deeper, darker wilderness of LEGENDARIA, amidst savage squalor and monster-haunted lands.

TECHNOLOGY INTERACTION
The nature of technological development in most cases is, especially when dealing with weaponry and armor, the more advanced technology is going to have a significant advantage over the less advanced technology. In such cases, the active technology either gains a bonus or penalty against the defensive technology; primitive has a penalty against advanced, advanced has a bonus against primitive.
The table below provides the basic bonuses and penalties when two disparate technologies interact. For example, a character wielding a techno-sword (a Futuristic weapon) against a target wearing Neo-Medieval armor gains a bonus of +4 to hit. A warrior wielding a Neo-Medieval crossbow suffers a -2 penalty to hit against a target wearing Futuristic combat armor.
In cases where the technology is impaired, mostly non-functional, or essentially non-existent, halve the bonus or penalty. If a tribesman wielding a Savage stone-tipped spear attacks a target wearing powered-down Super-Science armor the penalty is only -4, not -8. A scientist using a Super-Science Life Detector to find a Savage band of warriors only gains a +4 bonus to use of the device, as there are no Savage-technology level devices capable of disguising life signature.

Recall that regardless of bonuses or penalties, a Natural 1 is always a failure when rolling high, and a Natural 20 is always a success when rolling high (and vice-versa for rolling low).
When dealing with percentile skills or abilities multiply the bonus or penalty by 5 (thus +/- 10%, 20%, or 40%)
INTERPRETING TECHNOLOGICAL DEVICES
All sorts of technological devices of all Tech Levels have a native Difficulty to figure out how to use them.
In many cases, no check is needed to interpret an item when its form is very similar to that of another device of the same type; such as, to use a modern example, determining the basic use an AK-47 when one is already familiar with an M-16. However, such simple use does not include how to properly disassemble, clean, modify, or otherwise manipulate the device beyond the most basic, common function.

Unlike most technological interaction, the difference between Tech Levels of the device and interpreter is always a penalty; often those brought up in a Super-Science civilization will be bewildered by even the simplest Savage-level item! Penalties are expressed as a plus, not a minus, added to the Difficulty rating.
Modify the Difficulty first by subtracting the interpreter’s Intelligence modifier, then by the difference in Tech Level, and then by any other pertinent modifiers (usually based on race or class). Roll a d20; if the total is equal to or greater than the Difficulty, the character properly interprets the item; if less, the target fails to interpret the item. On a roll of Natural 1, Something Bad happens at the Judge’s whim.

Time to interpret is listed with the item; for subsequent attempts, increase the time based on this range (starting with the left-most when a time range is included multiple times): one round, one round, one minute, one minute, one turn, one turn, one turn, one hour, one hour, one hour, two hours, four hours, eight hours, one day, one day, one day, and finally one week (check each week thereafter).
POWER BATTERIES AND DRAIN
Most Modern, Futuristic, and Super-Science devices, from weapons to vehicles, are powered by batteries.
Thanks to the trickle-down of rudimentary Super-Science techniques, batteries are generally very long lasting, whatever the tech level, and there is no need to keep track of charges as such. Instead, in LEGENDARIA there is the Drain mechanic. Whenever a battery-powered device is used there is a chance that it has been drained its last bit of power.
The current battery level is measured in Drain, a number from 5 to 99. If when a battery-powered device is used a Natural 1 is rolled, in addition to whatever other malfunction/fumble occurs, add 1 point to the Drain score and roll percentile dice. If the percentile roll is equal to or less than the Drain, the battery has died and the use in question fails.
If the Drain is currently above 50, the Drain roll occurs on a 1 or 2; if above 75, on a 1-3, though a normal fumble/malfunction still only occurs on a 1.
Modern batteries have a lowest Drain of 25, Futuristic of 15, and Super-Science of 5.
There are other instances that might cause Drain, such as certain magic spells, psychic abilities, Futuristic and Super-Science devices, strange weather, etc.
Posted by James Mishler at 10:12 PM